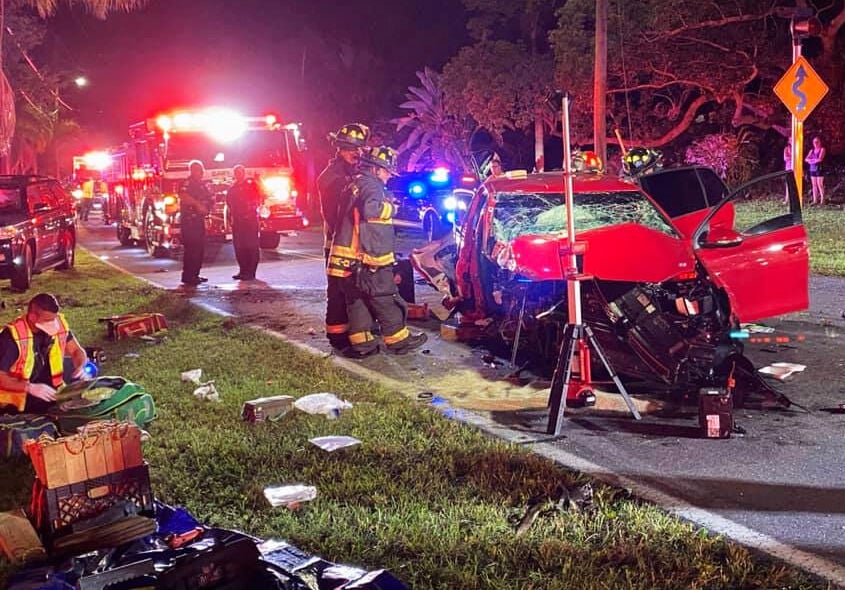 Clearwater police and Clearwater Fire & Rescue respond to the scene of a crash with serious injuries Oct. 7. The crash occurred at 10:29 p.m. on Bayshore Boulevard near San Mateo Street. 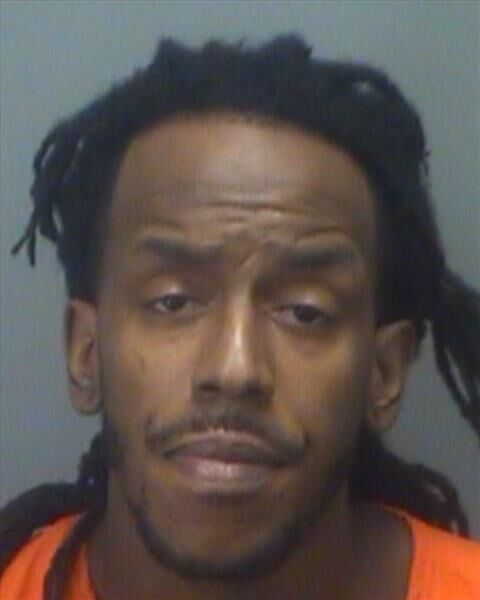 CLEARWATER — One person died and two others were injured in a crash that occurred about 10:29 p.m. Oct. 7 on Bayshore Boulevard near San Mateo Street in Clearwater.

Police say Winston B. Norman, 32, of Safety Harbor was driving a 2010 Volkswagen northbound at a high rate of speed when he lost control, left the roadway and crashed into multiple trees. One person was transported to Mease Countryside Hospital and another was transported to Bayfront Health in St. Petersburg.

Police say one of the two passengers taken to the hospital, a 42-year-old man later died. A second passenger, a 33-year-old man was treated and released. Names have not been released pending notification of next of kin.

Norman was treated and released from Bayfront Medical Center and then booked into the Pinellas County Jail where he was being held without bond on charges of DUI manslaughter, vehicular manslaughter and driving with a license suspended or revoked involving death.