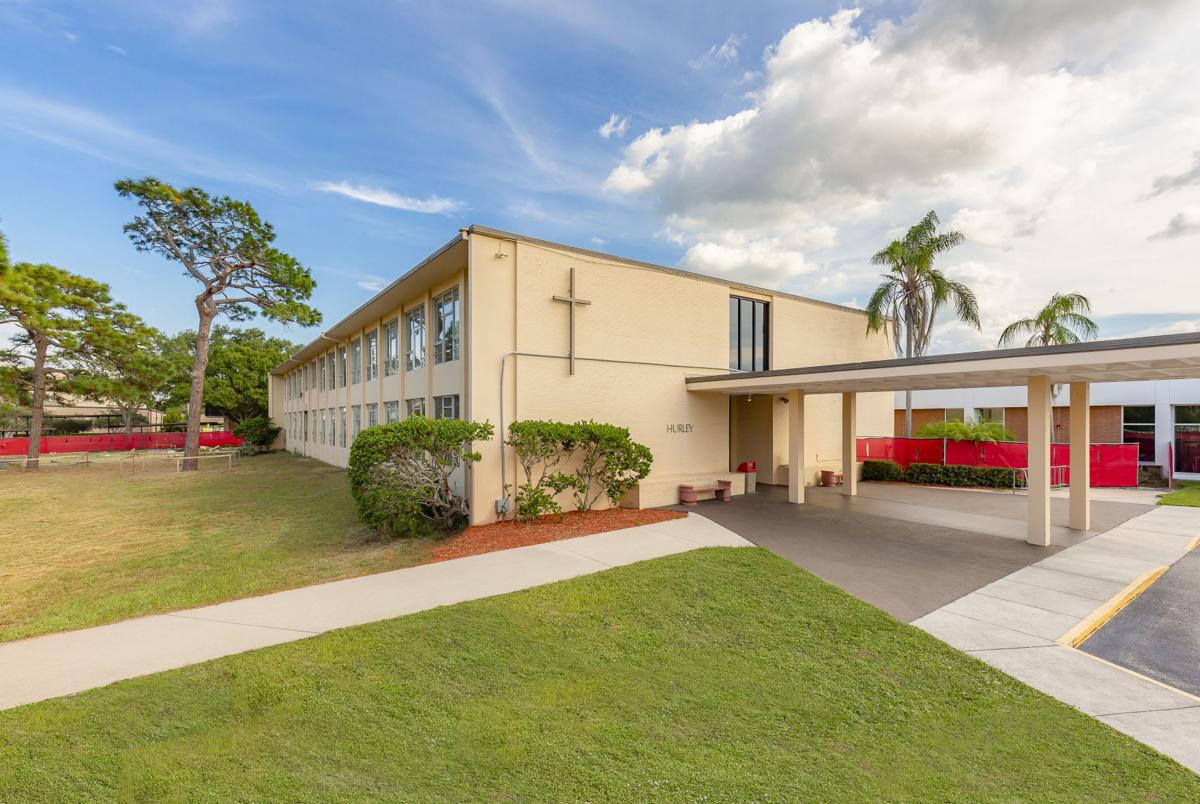 Clearwater Central Catholic High School’s Hurley Building was constructed in 1962. It had to be demolished as part of the school’s $15 million building project. 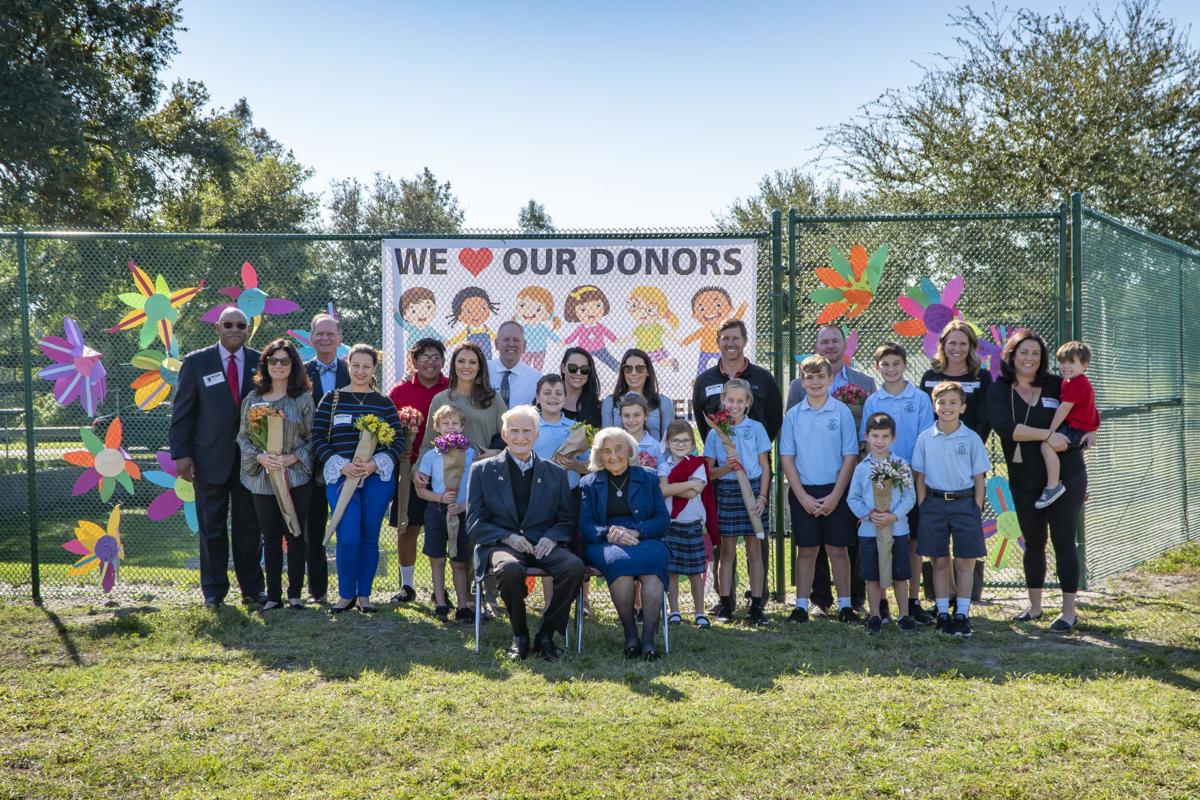 Herb and Diane Brown, seated, attend a dedication and blessing of a new security fence at St. Cecelia Catholic School on Nov. 19. Also in attendance were, back row, from left, Clearwater City Manager Bill Horne and Mayor George Cretekos.

CLEARWATER — Clearwater Central Catholic High School marked the end of an era Dec. 12 with a farewell ceremony for the Hurley Building, the first building constructed on campus in 1962.

Demolition of the Hurley building will make way for the final phase of CCC’s $15 million building project.

These new structures include an athletic field house completed in October 2018; a learning and achievement building, the first wing of which was completed last April; a leadership center housing offices, meeting rooms and work spaces for the school’s administrative, academic, student and alumni leadership; and a chapel which will provide our students and community with space for small group prayer services and individual reflection.

The new security fence that encompasses the back portion of the campus was made possible by donations from Herb and Diane Brown of Clearwater and other families.

St. Cecelia School has consistently updated and upgraded its campus in terms of safety, employing a full time safety director for more than 20 years and monitoring the campus with security cameras.

• Summer Cardwell, Countryside High School, 3A state titles in the 100 and 200 freestyle.

Jayion McCluster, a Largo High School senior, was selected as one of more than 100 players to compete in the 13th annual Under Armour All-America Game.

The football game is a nationally televised competition spotlighting the America’s top high school seniors. The 2020 Under Armour All-America Game is slated for Thursday, Jan. 2 at Camping World Stadium in Orlando. The game will be televised live at 6 p.m. on ESPN2.

Under Armour presented McCluster with an honorary game jersey Tuesday as part of the 2020 Under Armour All-America High School Football Game Selection Tour. An inside linebacker, McCluster has committed to play at Florida State University after graduation.

Professors, editors and college students will visit the school every Tuesday and Thursday this month for a one-on-one writing class. Ozona students will write articles in small groups that will be published in St. Leo’s school newspaper called The Lion. St. Leo students will write an in-depth article about their experience with the elementary students.

Pinellas County Schools annual parent survey provides the district feedback and helps to improve schools, identify what is working well and support the accreditation process. Parents can complete the survey by visiting www.pcsb.org/parentsurvey. The survey closes on Jan. 24.

The youngest graduate taking part in the ceremonies is age 17 and the oldest is 71. Fifteen are over the age of 60.

All retired educators, administrators, support staff, bus drivers, cafeteria workers, maintenance workers and friends of education, pre-K through college are welcome to attend. Holiday and winter music will be performed by Blair Kooi, president of the Board of Trustees of the Dunedin History Museum. For more information, email npcrea@gmail.com.

However, these students, who are too young to drive, six years away from entering college and may not even be teenagers yet, are academically talented enough to tackle the challenging college entrance exam typically taken by 11th and 12 graders.

The Pinellas County Schools Talent Identification Program identifies the top 15% of seventh grade students at each school based on 2019 Florida Standards Assessments for English Language Arts and Math.

Students were tested in reading, writing, language and math. The essay portion is optional. The test was three hours and 50 minutes long with the essay. The scores will help identify strengths and weaknesses and customize a study guide to help students with college prep academic plans.

The PCS TIP Program was one of School Superintendent Michael Grego’s first initiatives when he joined the Pinellas County School District as superintendent in 2012-2013.

The SAT (Scholastic Aptitude Test) was taken by 2.22 million high school graduates in 2019.