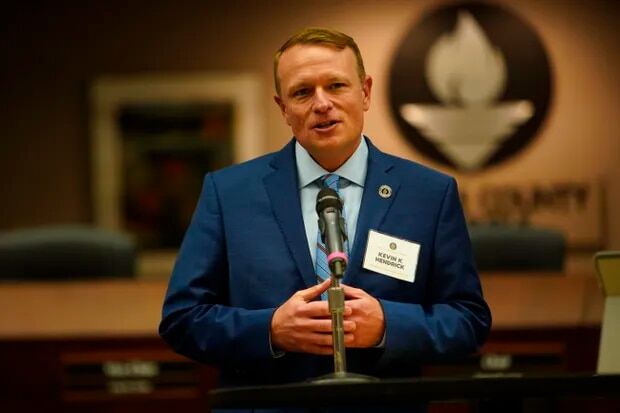 Kevin Hendrick, as a finalist for the job of Pinellas Schools Superintendent speaks to the crowd during a meet and greet at Pinellas County School District headquarters on May 11 in Largo. The School Board voted unanimously on May 17 to give him the job. 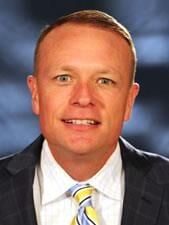 Kevin Hendrick, as a finalist for the job of Pinellas Schools Superintendent speaks to the crowd during a meet and greet at Pinellas County School District headquarters on May 11 in Largo. The School Board voted unanimously on May 17 to give him the job.

Kevin Hendrick, a hometown educator who honed his leadership skills as a principal of Northeast High and later as a top administrator during the pandemic, is the new superintendent of the Pinellas County Schools.

The School Board approved Hendrick’s appointment unanimously on Tuesday after a national search assisted by the Florida School Boards Association.

“I am so excited to be doing this, and to be doing it here in Pinellas County,” Hendrick said after the vote, calling the appointment “a lifelong dream.”

Hendrick, 46, replaces Mike Grego, who is retiring this summer after a decade on the job.

A graduate of Largo High School, Hendrick holds two master’s degrees and has worked for the district for nearly all of his career.

As the principal of Northeast off and on between 2008 and 2017, he improved the school’s grade from a D to as high as an A and established new career academies. He was the district’s entry in the statewide Principal of the Year program, and in 2017, he was selected as a statewide finalist.

He was promoted to associate director for teaching and learning in 2017. In that role, he led teams that expanded early childhood education; increased the high school graduation rate to 92 percent, leading the Tampa Bay area; expanded gifted education programs; and implemented a technology system that provides each student with internet connectivity.

In a round of interviews for the job, Hendrick said his work during the pandemic tested his leadership and gave him the confidence that he was ready to be superintendent. Despite opposition in the teaching ranks, Hendrick found ways for instruction to happen simultaneously, serving both remote and in-school students. When early assessments showed students had lost ground in math, Pinellas moved quickly to arrange before- and after-school tutoring and assign more practice time through computer games.

The search for Grego’s successor attracted 19 applicants. When the field was narrowed to three, Hendrick found himself competing against two candidates with extensive experience in Florida: Ann Hembrook, who has worked in Orange and Marion counties, and Michael J. Ramirez, who spent most of his career in Broward County.

Only one of the three, Hembrook, holds a doctoral degree, which was listed as a preferred qualification for the job.

But the board and community also made it clear that they valued integrity, an appreciation for diversity, and the ability to generate enthusiasm for the district’s accomplishments.

In their discussion leading up to the vote, board members said Hembrook and Ramirez made strong impressions, and both appear ready to lead.

Member Nicole Carr, in enumerating Hendrick’s strengths, touched on a comment he made during his board interview: “Typically employees don’t quit their job, they quit their situation.” Carr said she is confident that Hendrick will lead in a way that creates positive morale in the district and schools.

Member Laura Hine, in her remarks about Hendrick, cited comments the board received from the public. An employee at Northeast High said Hendrick’s leadership style was “consistent, fair, respectful and inspiring.”

In an entry plan that he submitted last week, Hendrick wrote that if selected, he will review data and meet with the School Board, staff and community through the end of June to learn their expectations. He will launch “Listen and Learn” sessions in July and identify priorities in August.