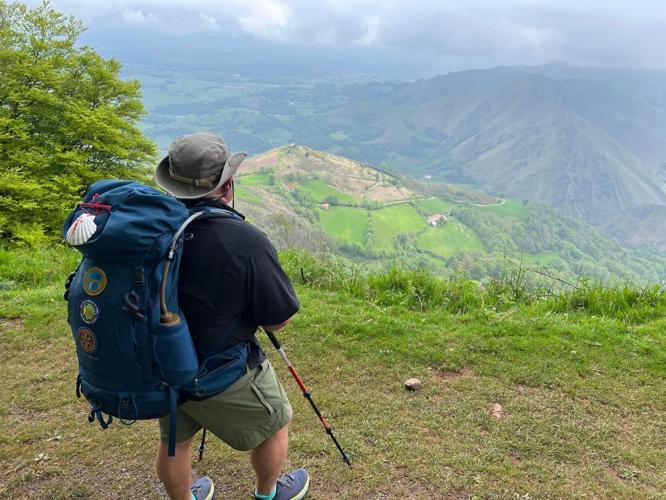 Seminole retiree Dave Buzza is taking part in a pilgrimage from the south of France to the west coast of Spain known as the Camino de Santiago — or the Way of St. James. The 500-mile trek ends at the alleged burial site of the biblical apostle St. James. 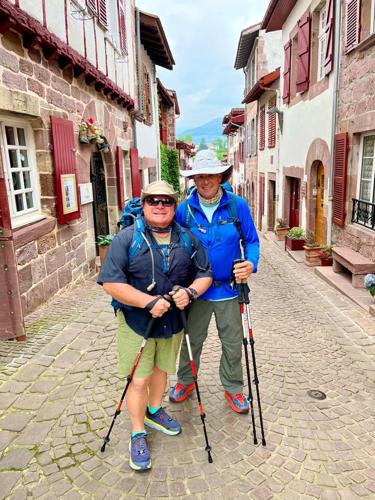 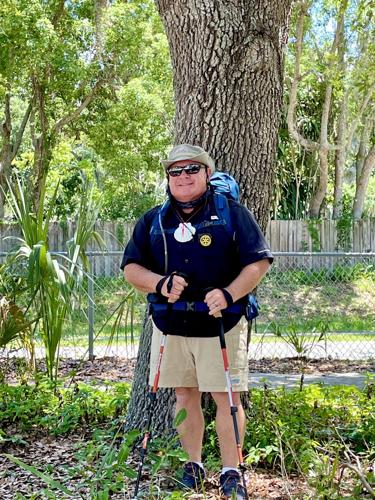 Seminole retiree Dave Buzza is taking part in a pilgrimage from the south of France to the west coast of Spain known as the Camino de Santiago — or the Way of St. James. The 500-mile trek ends at the alleged burial site of the biblical apostle St. James.

SEMINOLE — Each year, more than 350,000 people from across the world take part in the Camino de Santiago — or the Way of St. James — a more than 1,000-year-old pilgrimage from the south of France to the west coast of Spain.

The 500-mile trek will take hikers to Santiago de Compostela Cathedral, where the remains of St. James can be found.

Among the many undertaking the pilgrimage this year is Seminole’s own retiree Dave Buzza.

“For 1,000 years, people have made this pilgrimage all the way to visit the remains of St. James,” Buzza said in an interview from the hiking trail with Tampa Bay Newspapers. “In ancient times, it was a way for Christians to repent for their sins and show their respect.”

In recent years, Buzza said pilgrims undertake the challenge for a variety of reasons — spiritual, personal and even for their physical health.

But whatever the reason may be, Buzza said he is not alone on the journey.

“More than 350,000 people make this journey, from all across the globe,” he said. “I’m hiking with people from virtually every country you can imagine.”

The journey has been a lifelong passion for Buzza, whose plans had been on the backburner due to COVID-19 health and travel restrictions.

“This is always something I’ve wanted to do,” he said. “I’ve been an avid hiker and backpacker my whole life.”

But it’s not only his own dream that spurs him to complete the trek. It was also the dream of his brother, who passed away.

“My brother passed away early, from Parkinson’s,” Buzza said. “He was only 60 years old, and he always wanted to do this, but was obviously unable.”

Buzza said he has taken his brother’s ashes along with him and has been distributing them along the trail.

‘Hike for the Hungry’

Buzza has been an active member of the Rotary Club of Seminole Lake since his retirement here, having served as a past president and currently serving as president of the club’s foundation.

Before his journey began in mid-May, Buzza and club president Gerry Cachia discussed ways they might translate the pilgrimage into a tangible effort in Pinellas County.

“I told him, ‘It’s a shame that we can’t make this hike not only about something you’ve always wanted to do,’” Cachia said. “‘Right now, there’s such a need for food for the homeless because of the cost of everything. Why don’t we ask people to sponsor your hike per mile?’”

And that’s just what they decided to do.

Rotary Club launched the Hike for the Hungry campaign to raise funds to support the Florida Dream Center. Donors have been asked to commit a monetary amount for each mile of the journey.

Currently, Cachia said the organization has raised close to $3,000, but hopes to earn $10,000 by the finale of Buzza’s trek, which is tentatively said to end Saturday, June 11.

“The Dream Center provides an outstanding outreach program,” Buzza said, who also picked the center as the beneficiary of the fundraiser.

“They’re really hurting right now,” he said. “The economy has put a lot of people in a position where they are needing help for the first time. The Pinellas County homeless population has exploded, due to high rents and costs of living, which are putting more people out on the streets.”

The funds raised will go toward the purchase of canned goods to help feed 400 needy families and homeless in the area.

“I hope we can do some good,” Buzza said. “Our motto is service before self. That’s what it’s all about.”

To donate to the kike, visit www.signupgenius.com/go/30E0A4FABA82EA1FE3-hike.

About the Camino de Santiago

Santiago de Compostela is the capital of northwest Spain’s Galicia region. It’s known as the culmination of the Camino de Santiago pilgrimage route, and the purported burial site of the biblical apostle St. James. His remains reputedly lie within the Catedral de Santiago de Compostela, consecrated in 1211, whose elaborately carved stone facades open onto grand plazas within the medieval walls of the old town.