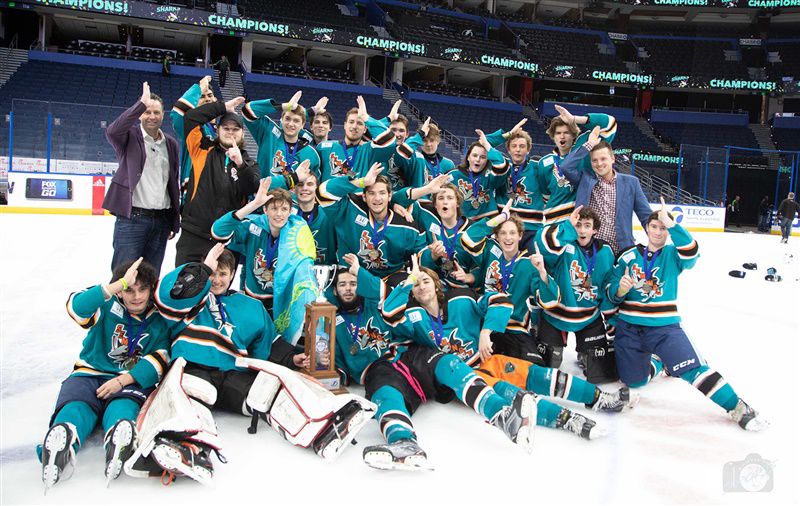 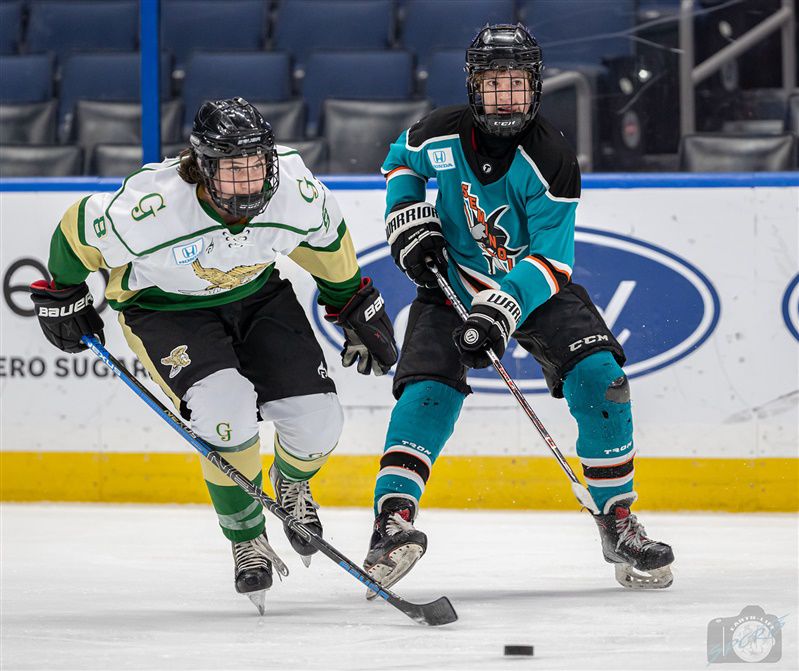 On top of recognizing their 10th anniversary since forming, the Seminole Sharks had another reason to celebrate this season: the team took home the Lightning High School Hockey League championship for the first time.

On top of recognizing their 10th anniversary since forming, the Seminole Sharks had another reason to celebrate this season: the team took home the Lightning High School Hockey League championship for the first time.

SEMINOLE — On top of recognizing their 10th anniversary since forming, the Seminole Sharks had another reason to celebrate this season: the team took home the Lightning High School Hockey League championship for the first time.

The league is run by the Tampa Bay Lightning and features 18 teams from the greater Tampa Bay area.

Based out of the Clearwater Ice Arena, which serves as the team’s home rink, the Sharks play in the league’s Western division. They ended the season with a 21-1 record. They also scored the highest number of goals in the league this season (127) and had the fewest goals against (47).

“They had an amazing year,” said Team Manager David Goodwin, adding, “This year’s roster we have a great group of kids and players and things just worked … and worked well. We recruited a new coach this year and Steve Nickel came in and really set a direction and positive path for them to execute.”

Individual standouts include forward Sebastian Middleton, who led the team with 32 points, and goalie David Stenzel, who held a .895 save percentage and played 15 games with only one loss. Backup goalie, freshman Billy Bellin, “had a strong … showing for a first-year shark” with seven wins and no losses, Goodwin said.

Because they topped their division at the end of regular season play, they had a bye in the first round of the playoffs. From there, they defeated Plant 5-3 in the second round and East Lake 7-0 in round three. They took on Tampa’s George Jenkins in the final at the Lightning’s Amalie Arena on Feb. 9 and took home the Lightning Cup with a 7-4 win.

When the team first launched, it was known as South Pinellas and played in the now-defunct Florida High School Hockey Association. Ten years ago, Goodwin and then-Coach John Bierchen re-branded the team as the Seminole Sharks.

Since there is no sanctioned high school hockey program in Florida, the Sharks are a combined team that pulls from four area high schools — Seminole, St. Petersburg, Boca Ciega and Lakewood.

“It’s been growing and growing in the area over the years, but it’s not supported by the schools, so it’s not an official sanctioned league,” he said. “We just don’t do hockey in Florida schools. But the team is loosely affiliated with the schools.”

There’s a lot of expensive equipment associated with hockey, he added, which can be costly to a high school that would be required to offer the sport to both boys and girls.

“With hockey, there’s so much protective gear that it’s a pretty big undertaking for a high school, especially in Florida, to take on,” he said.

The Lightning took over the FHSHA league three years ago in hopes of legitimizing hockey as a high school sport in Florida, Goodwin added. “Their goal is to eventually get it into the school systems and get it into a recognized sanctioned sport.”

In the meantime, many don’t realize there is a thriving high school hockey league in the region, he said. “I've seen it. It's growing every year. It gets bigger and bigger. It's a good thing that we’re getting a lot more kids coming in and playing. I think in another 10 years, it might just get into the schools.”