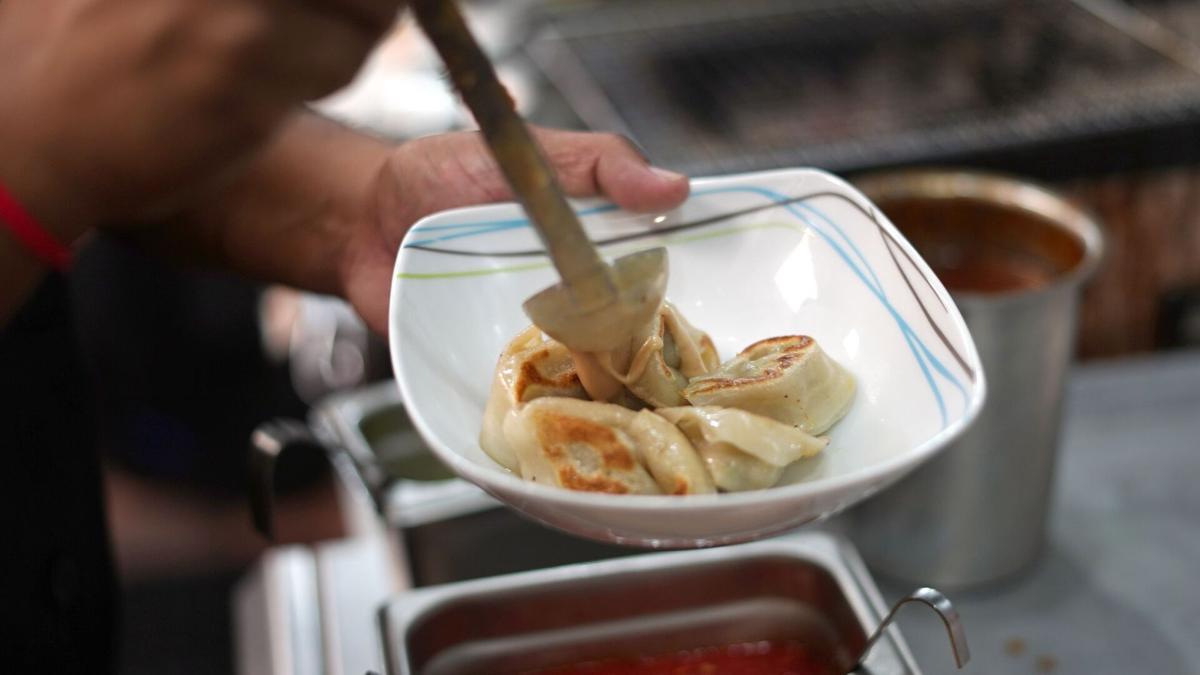 The team behind the popular chef's table dinner series Abandon Izakaya has opened a street food-themed brick-and-mortar restaurant in Seminole. 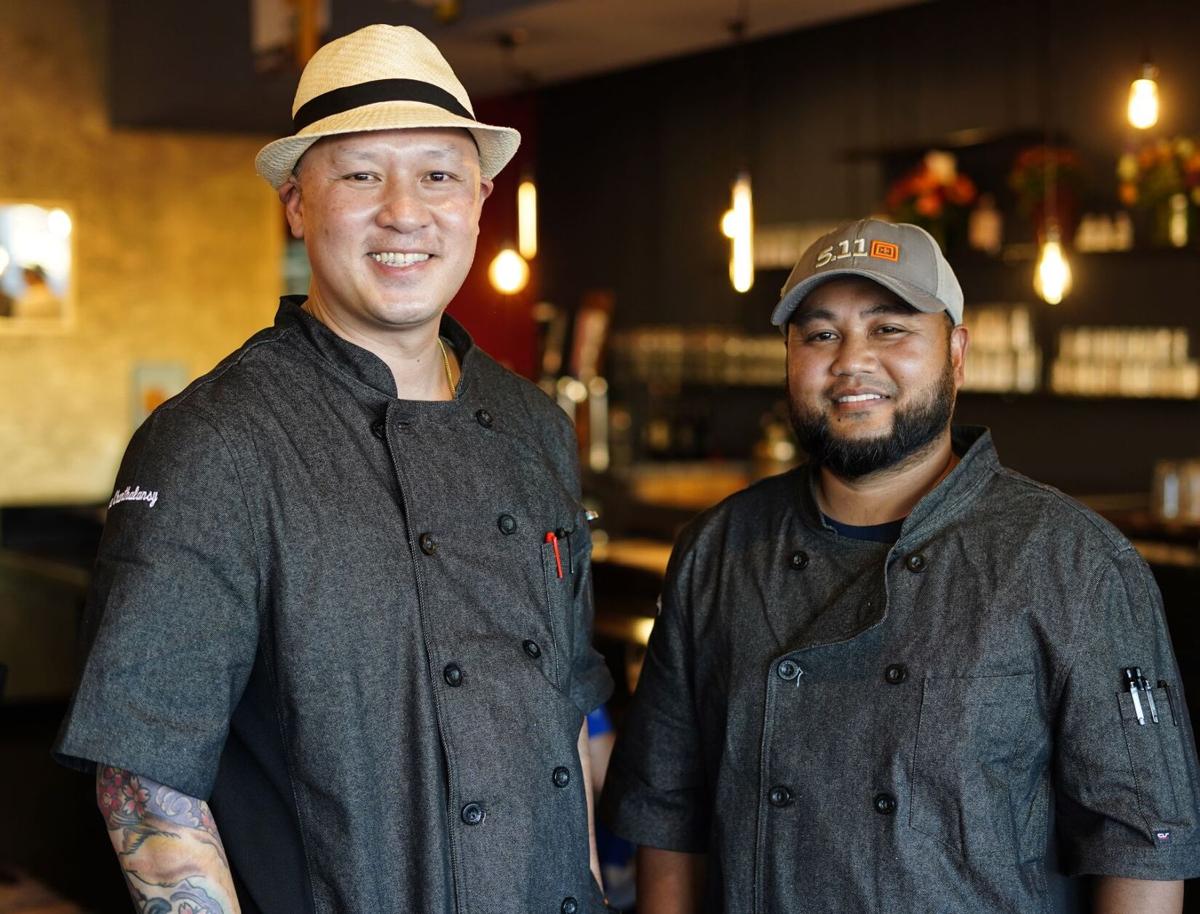 The team behind the popular chef's table dinner series Abandon Izakaya has opened a street food-themed brick-and-mortar restaurant in Seminole.

SEMINOLE — For the past several years, the team behind Abandon Izakaya built a solid underground following for their private chef’s dinners.

It started, as most whimsical supper clubs do, with a love of food and hospitality. Owners Mitch Beardsley and Chanse Chanthalansy first met as students at Pinellas Park High School and were longtime friends when they got the idea for a joint chef’s table series.

The duo started throwing private dinner events for friends, family and the occasional foodie-in-the-know. Held at a 12-person chef’s table, the pair would switch off hosting the meals at their respective homes. The menus would change and evolve, but the table was always packed with familiar faces.

It was a slow but steady burn: Beardsley and Chanthalansy had separate careers while the dinners became a weekend passion project.

“We didn’t really make any money — we basically lost money,” Beardsley said. “But it got our ingredients out there and our style. We built our own brand that way.”

That branding has paid off: Last week, their dinner party concept opened as an actual restaurant, Abandon Izakaya.

Tucked behind a McDonald’s in a long, nondescript strip mall lot off Starkey Road and Park Boulevard N, the new location might look unassuming, but the food exiting the kitchen doors is anything but.

Beardsley, 40, is from the Philippines, and Chanthalansy, 42, is from Laos. The duo describe their concept as a sort of playground for food lovers.

The idea is loosely based on the Japanese izakaya tradition where small, snackable plates are enjoyed in a social atmosphere with drinks. But despite the restaurant’s name, the menu is not exclusively Japanese. And though there are Japanese, Chinese, Filipino and Thai influences on the opening list of dishes, Beardsley said the shareable street food theme is the overarching concept.

“We’re open to anything and everything,” he said. “We will have street food from Colombia, from Brazil, Southeast Asia, Germany … wherever we feel like a dish is unique and good. The adventure is part of it.”

So, what’s on the menu now?

Starters and snacks include chicken yakitori skewers ($6.95) and pork belly and scallion robatayaki ($7.50). Handmade dumplings arrive either filled with pork ($7.95) or shrimp ($9.95), and guests have the option of several versions, including pan-fried and served with a creamy garlic and miso sauce or boiled and topped with a Japanese curry.

Larger plates include a small and eclectic selection ranging from shrimp tacos ($9.50) to a seared duck breast over celery root puree ($18.95). There’s also a bowl of dan dan noodles ($14.95), a hallmark of Sichuan cuisine that’s flavored with the mouth-numbing spice imbued from Sichuan peppercorns, tossed with spicy ground beef and seasonal Chinese greens. Ramen ($12.95) is made with a combination of pork, chicken and fish stock and topped with pork belly, bamboo shoots, a jammy egg and scallions. (Both the ramen and the dan dan noodles feature vegetarian options.)

Some elements, like the ramen or the slick and fiery Sichuan chili oil flavoring the dan dan noodles, are time-tested recipes from the team’s private dinner days. Others, like a Thai-inspired leng saab ($16.95), are new creations on the evolving menu. That dish, traditionally made with pork spine, features pork ribs boiled in a broth flavored with lemongrass, ginger, galangal and garlic. The ribs arrive piled high in a pool of the broth and topped with a spicy green chili sauce.

To start, the restaurant has opened with a small selection of beer, wine and sake, with plans to expand the selection to include cocktails once a license to serve hard liquor is procured.

Though Beardsley knows his way around the grill and Chanthalansy is trained in classical French cooking and has worked at several restaurants, neither has experience running an eatery of their own. But that’s not stopping them. Because both have jobs outside of the business (Chanthalansy keeps busy with local film projects while Beardsley owns an air-conditioning company and works in real estate), the financial aspect of starting a restaurant from scratch isn’t quite as daunting.

“We both have something that feeds us, and the restaurant is more of a passion project,” Beardsley said. “We’re doing it for fun and we’re doing it to get our ingredients out there. How many people get to say, ‘I opened up a restaurant and bar’? I get to say I experienced it, whether it succeeds or fails.”