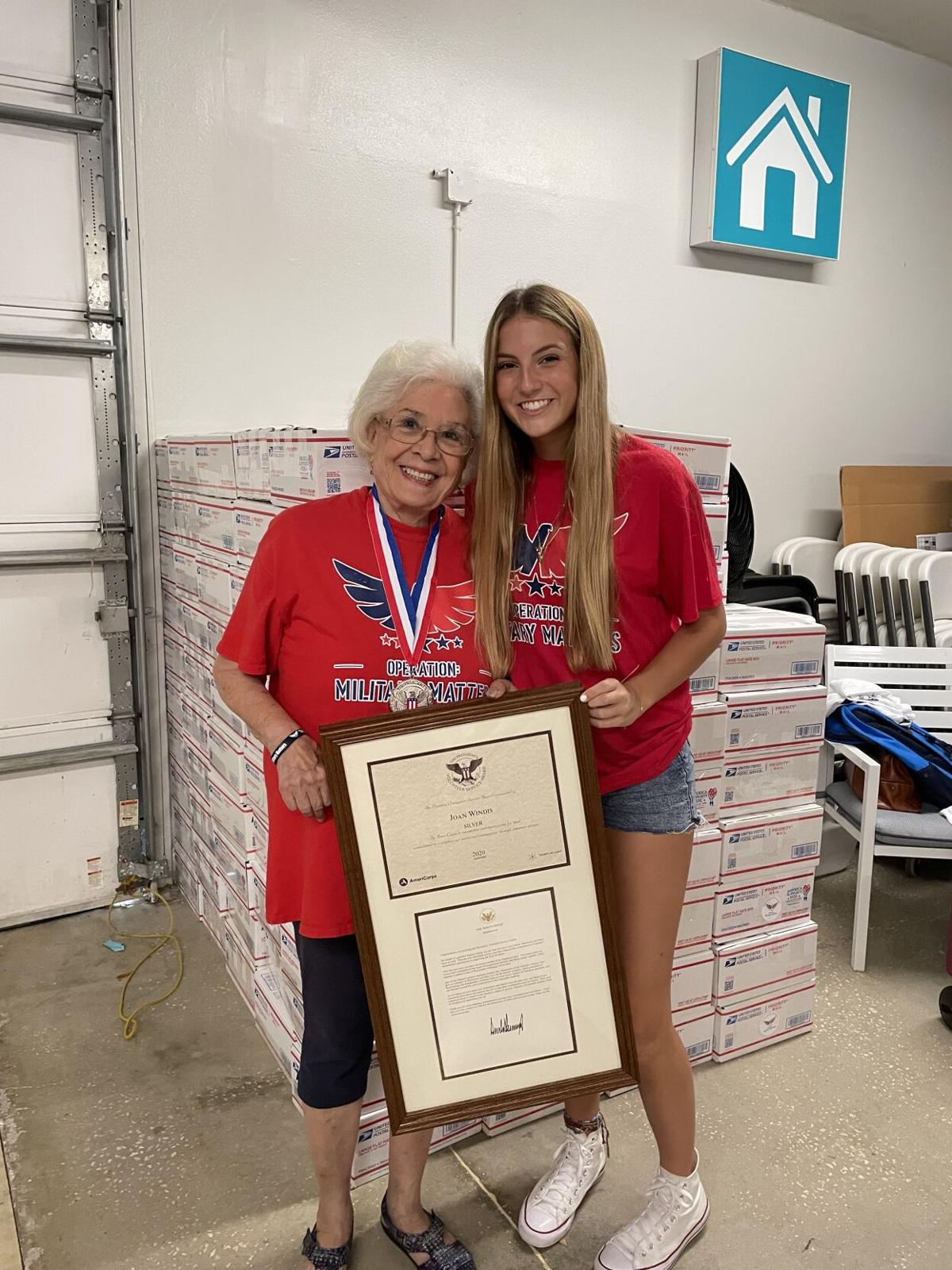 Joan Windis, left, is shown with Operation Military Matters creator Graci Tubbs. Windis was awarded the President’s Volunteer Service Award for her work with the organization. 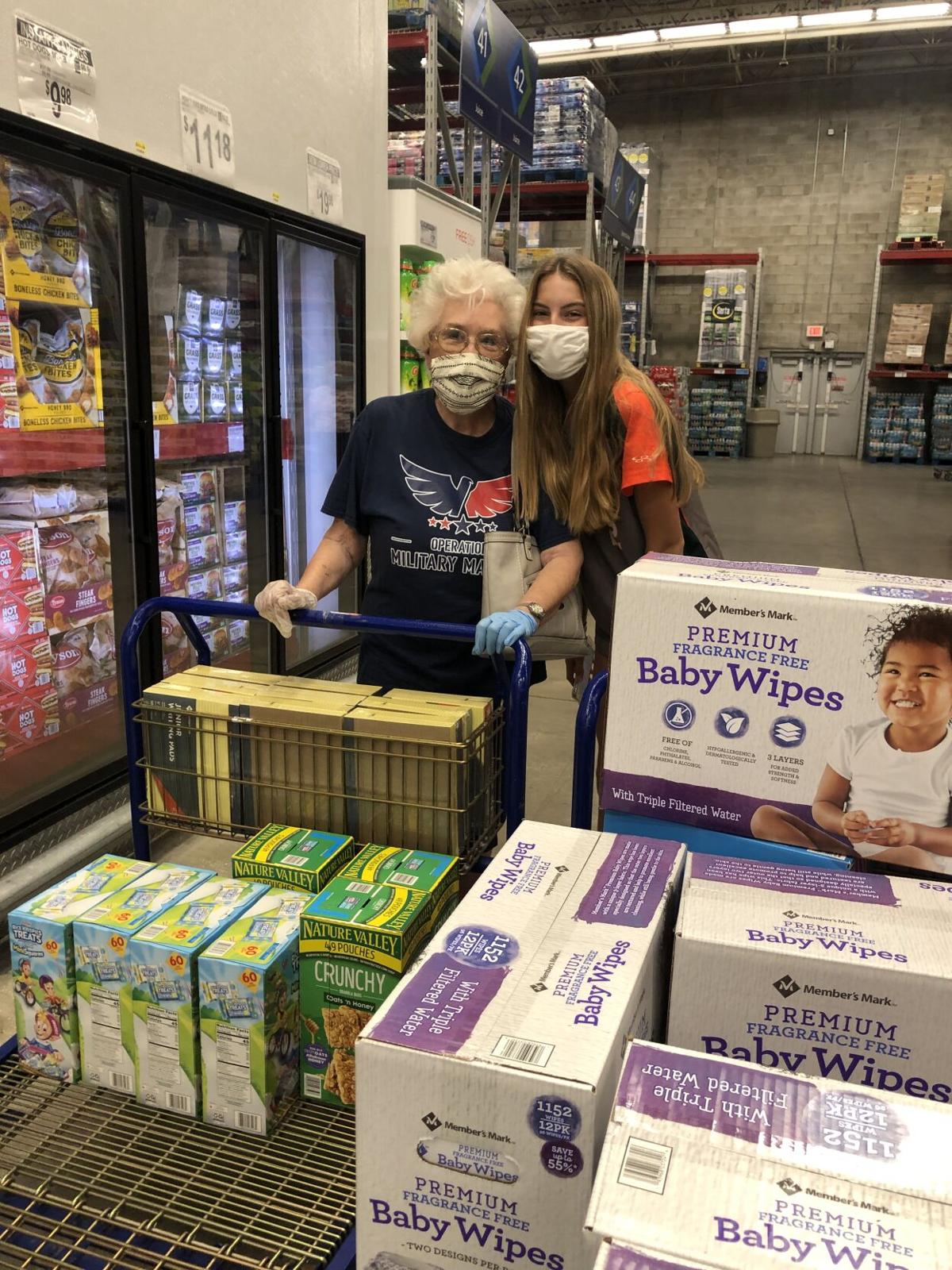 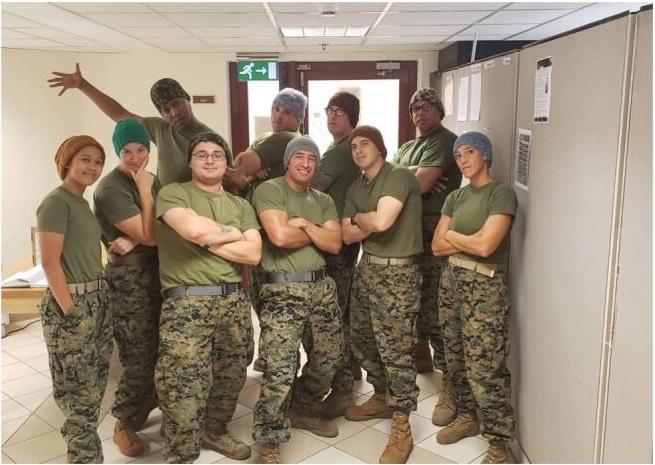 A group of soliders show off their wool hats, which were knitted by Windis.

Joan Windis, left, is shown with Operation Military Matters creator Graci Tubbs. Windis was awarded the President’s Volunteer Service Award for her work with the organization.

A group of soliders show off their wool hats, which were knitted by Windis.

SEMINOLE — When Madeira Beach resident Joan Windis decided to volunteer for a Seminole-based nonprofit in 2015, she didn't know then how much it would change her life.

Now, six years later, the 85-year-old retiree and expert knitter has been recognized for her volunteerism at a national level.

On Sept. 18, Windis was awarded the President's Volunteer Service Award for her work with Operation Military Matters, a local organization that sends care packages to military members overseas.

"Oh, my goodness, what a surprise it was," Windis said of the award. "It was a shock. I began to cry — I really don't deserve something like this."

The President's Volunteer Service Award was launched in 2003 and honors individuals whose service positively impacts their community and is an inspiration to others.

When Windis first reached out to the nonprofit, she volunteered to knit wool hats for soldiers, which were then included in the care packages sent overseas.

"Joan was really adamant," said Kadi Hendricks Tubbs, mother of Operation Military Matters creator Graci Tubbs, who launched the nonprofit when she was nine years old. "She wanted every box to have a hat."

Soon, knitting was not enough for Windis, who said she wanted to do more. So she volunteered to help pack the boxes, which eventually led to her shopping for the care package items.

When COVID-19 really spiked in the community, the nonprofit was forced to reduce the number of volunteers in the effort to stem the spread of the virus.

Windis took on even more responsibility during quarantine, and she even converted her sunroom into an Operation Military Matters office where she organizes pens, paper, birthday cards, keychains and envelopes, which will then be included in the 100 or more care packages sent overseas each month.

Windis said her work with the nonprofit was in honor of her husband, Ralph, who served in Korea.

It was this dedication and commitment that lead Tubbs to nominate Windis for the award.

“Even though she's 85, she's still an asset to organizations, especially ours,” Tubbs said. “She gives encouragement to her friends to volunteer as well.”

Tubbs said Windis’ winning personality and zest for life is an inspiration to others.

“Everybody, when they see her, they light up,” she said. “She's such a giving person. This isn't the only charity she helps. She’s been a volunteer for a long time.”

At an age when most people are slowing down, Windis shows no signs of taking it easy.

“I wouldn’t give this up for anything,” she said. “This isn’t work for me — it’s just a great feeling!”