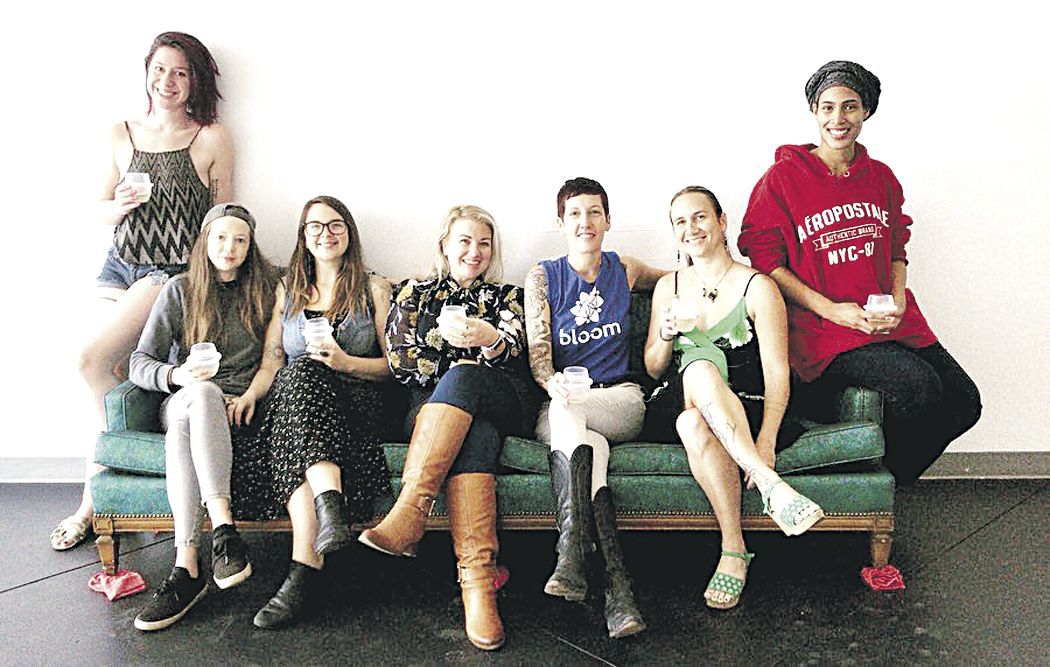 A group of women artists, many of them previously part of the Bloom Art Center and displaced from their studios, formed the St. Pete Women's Collective in 2017. The group recently opened Venus, a co-working and studio space dedicated to empowering female-identified artists and their allies, in downtown St. Petersburg. 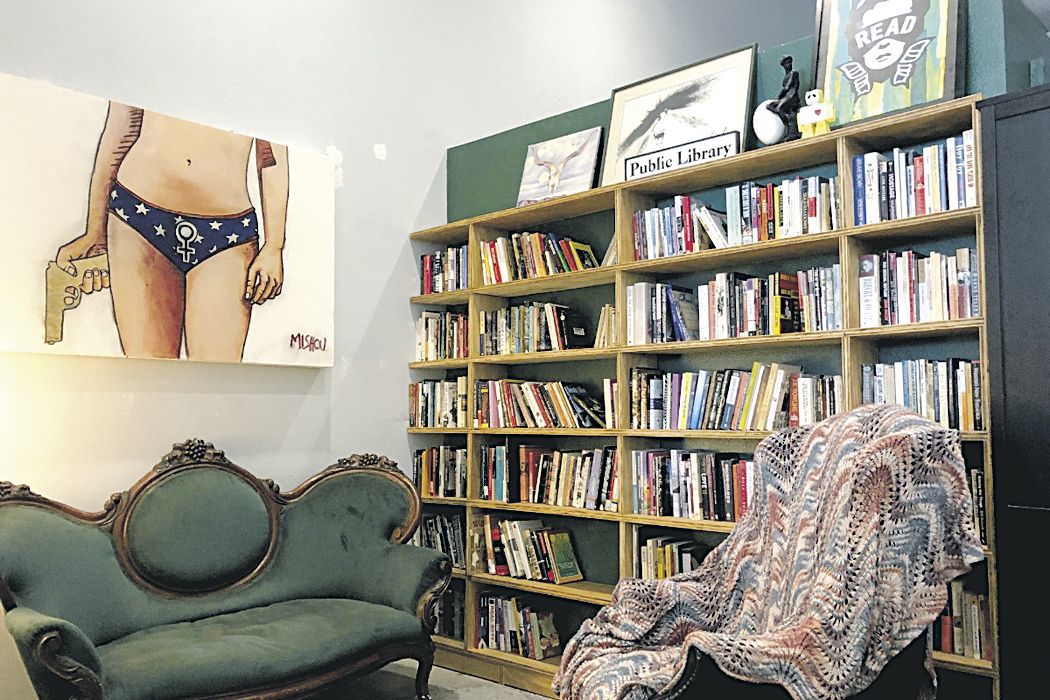 A group of women artists, many of them previously part of the Bloom Art Center and displaced from their studios, formed the St. Pete Women's Collective in 2017. The group recently opened Venus, a co-working and studio space dedicated to empowering female-identified artists and their allies, in downtown St. Petersburg.

Like many other galleries and small businesses, though, the arts center was forced out of St. Pete’s booming downtown as gentrification sprawled further down Central Avenue and off the main drag, said Ashley Sweet, an artist and mental health counselor who was part of Bloom.

Out of the ashes, as Bloom artists went their own way (though some remain part of Bloom Collective, which focuses on pop-up events) a handful of the female members, including Sweet, came together to create the St. Pete Women’s Collective. This nonprofit is dedicated to empowering women and female-identifying persons, as well as their allies.

“We had some experiences in a coed environment that just didn’t really feel safe, ranging from the art exhibited by other artists to just feeling like our voices weren’t heard,” she said.

The formation of this collective also happened to coincide with the “traumatizing” 2016 presidential election and Donald Trump’s January 2017 election, Sweet said.

“We came out of all this looking for a safe space for us to be able to explore our vulnerable side,” she said. “This was all super intentional. We had an intention. We had an idea. We started working together. We started meeting a few hours a week. We wanted to make art happen on our own terms.

Early in the initiative, by February 2017, the group signed a lease on an historic Kenwood bungalow. Two of the collective’s board members lived and created art in the home while others used it just for studio and exhibition space.

In April of that year, they held their first event, the Nasty Women Art Show, part of a global response to women’s rights being threatened. After finding out about a Nasty Women Exhibition planned in New York City, the St. Pete Women’s Collective joined organizers in other cities who planned to bring the movement to their own communities.

“It was fantastic,” she said. “We had 400 people come through this little bungalow. There was a line around the block, and we opened all the doors.”

Two years later, the collective has moved out of Kenwood and closer to downtown into a space owned by the Barlas family, which has owned Coney Island Grill for more than 90 years.

“We envisioned all of these talented women working alongside each other, whether in the studios or the communal spaces,” Gordon said.

The collective has a three-year lease for the space with an option to sign on for an additional two years. This is important as St. Petersburg continues to grow, change and attract new development, Sweet said.

“Venus is a strong contrast to what Central Avenue is becoming,” she said. “Most of us are local. We do business here. This is where we live and love.”

Gordon added that the group’s “collective buying power” allows them to create a space downtown “that isn’t a shoebox.”

Ultimately, it’s about providing a platform to women, Sweet said.

“Our mission is to empower fine artists to share their perspective,” she said. “For me, the women’s collective healed my soul. I was so angry and disillusioned, and I was able to put that energy into a world I wanted to see, rather than what I didn’t want to see, and that was just transformational for me.”

To learn more about Venus and the St. Pete Women’s Collective, visit www.gofundme.com/help-launch-venus or www.stpetewomenscollective.com.