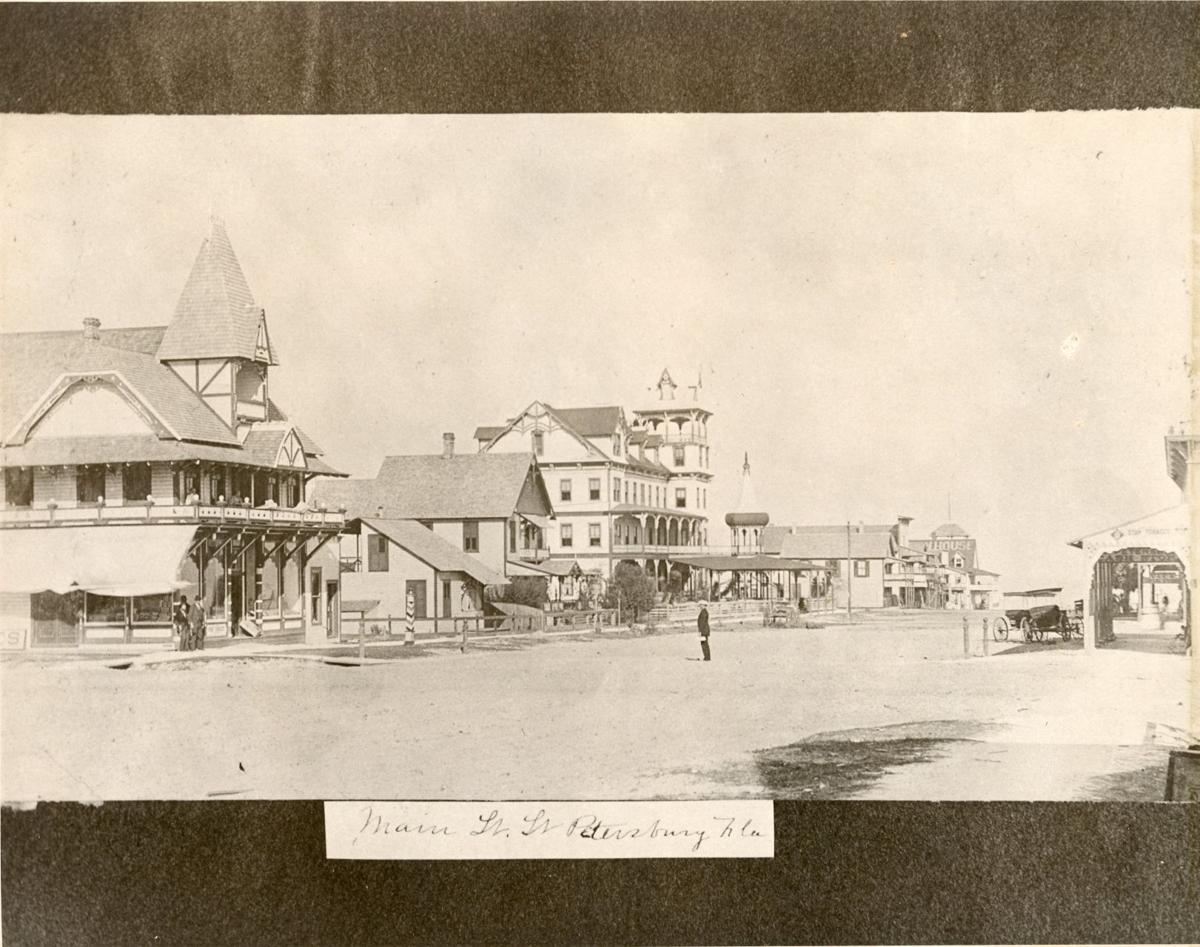 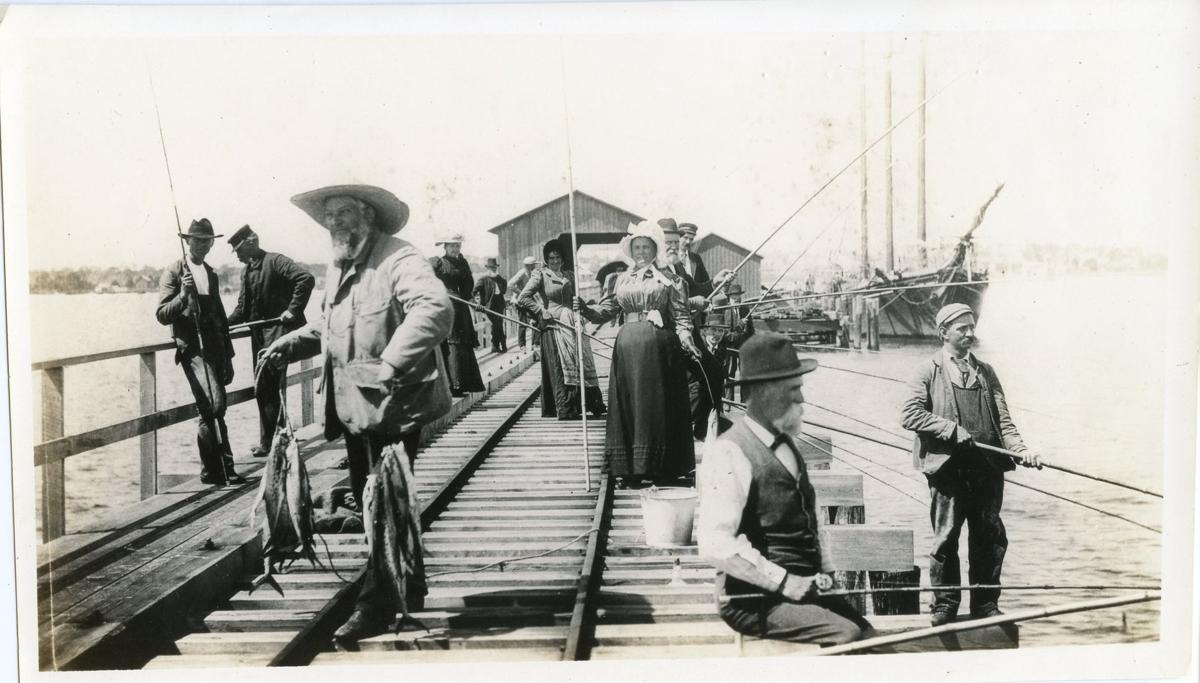 Fishing from the Railroad Pier; identified in the photograph, the man seated foreground is George Meirs, and the man standing left with fish is a Mr. Hardwick. 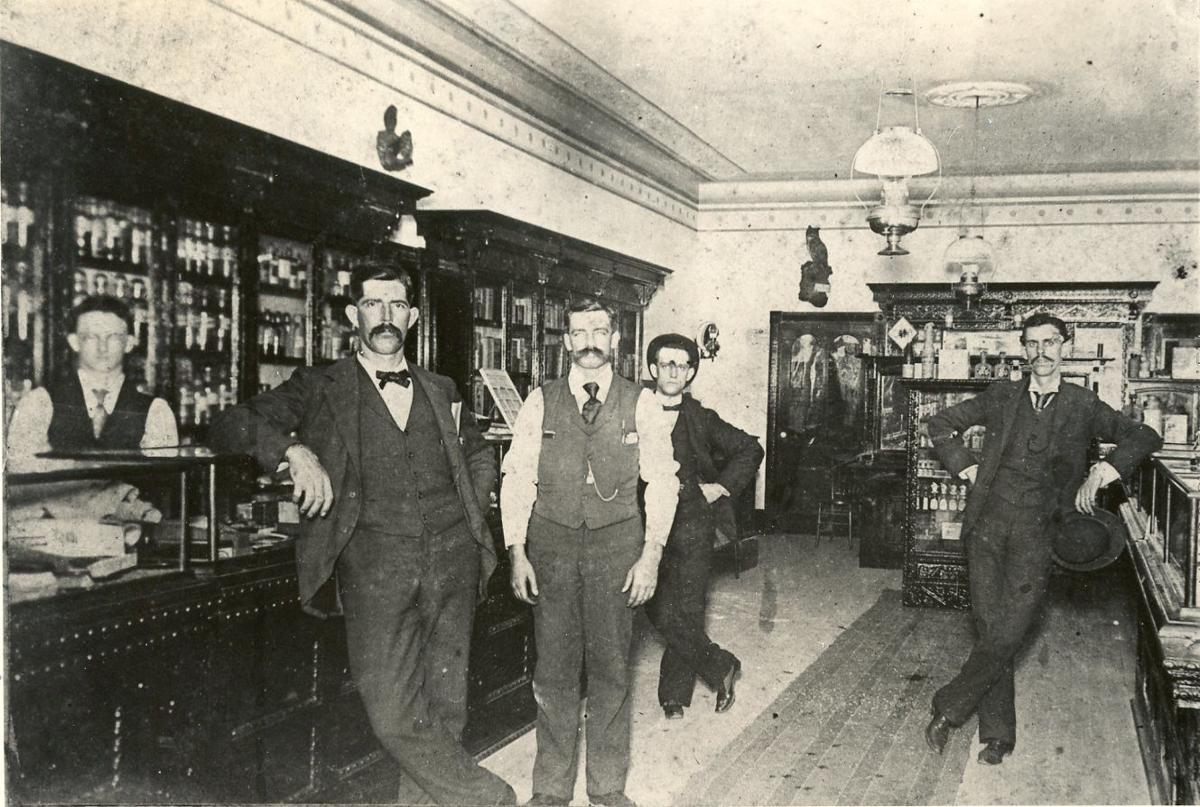 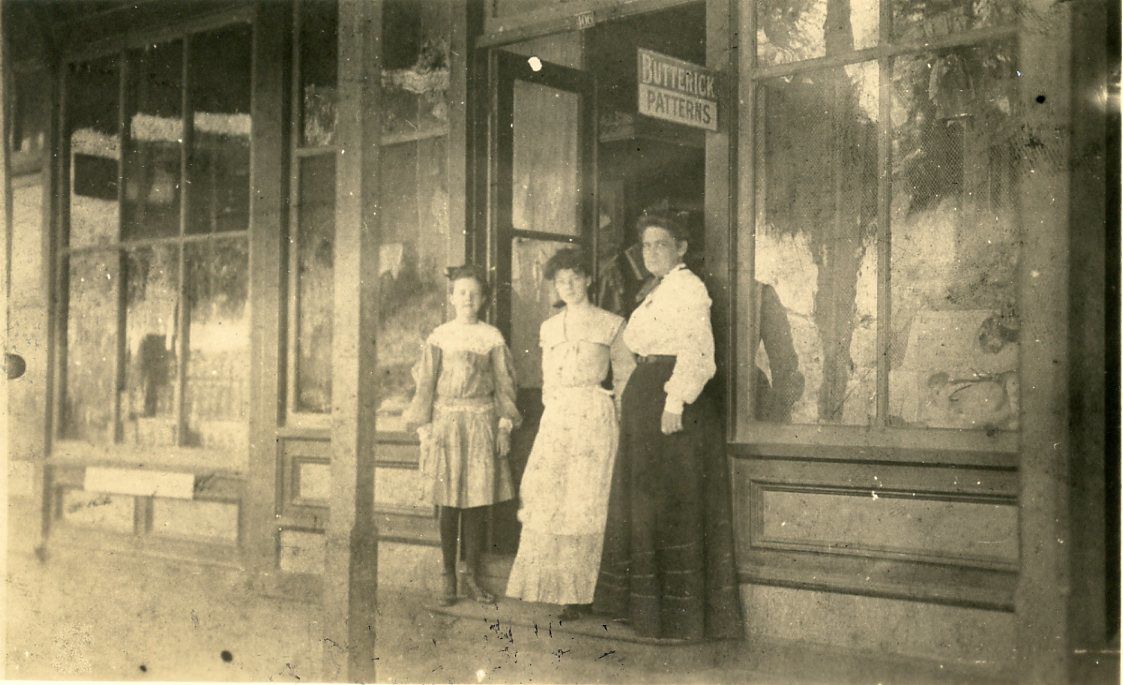 Williams Store on Central Ave, circa 1890. 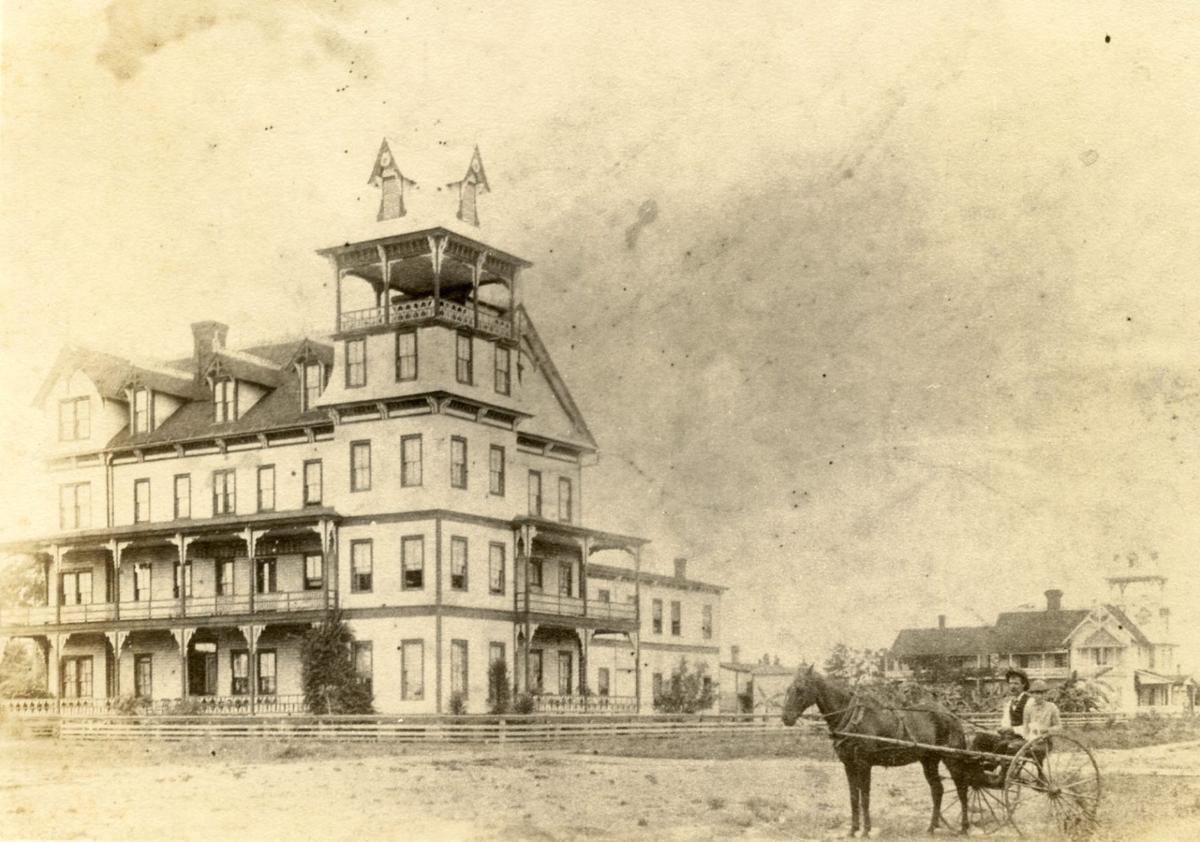 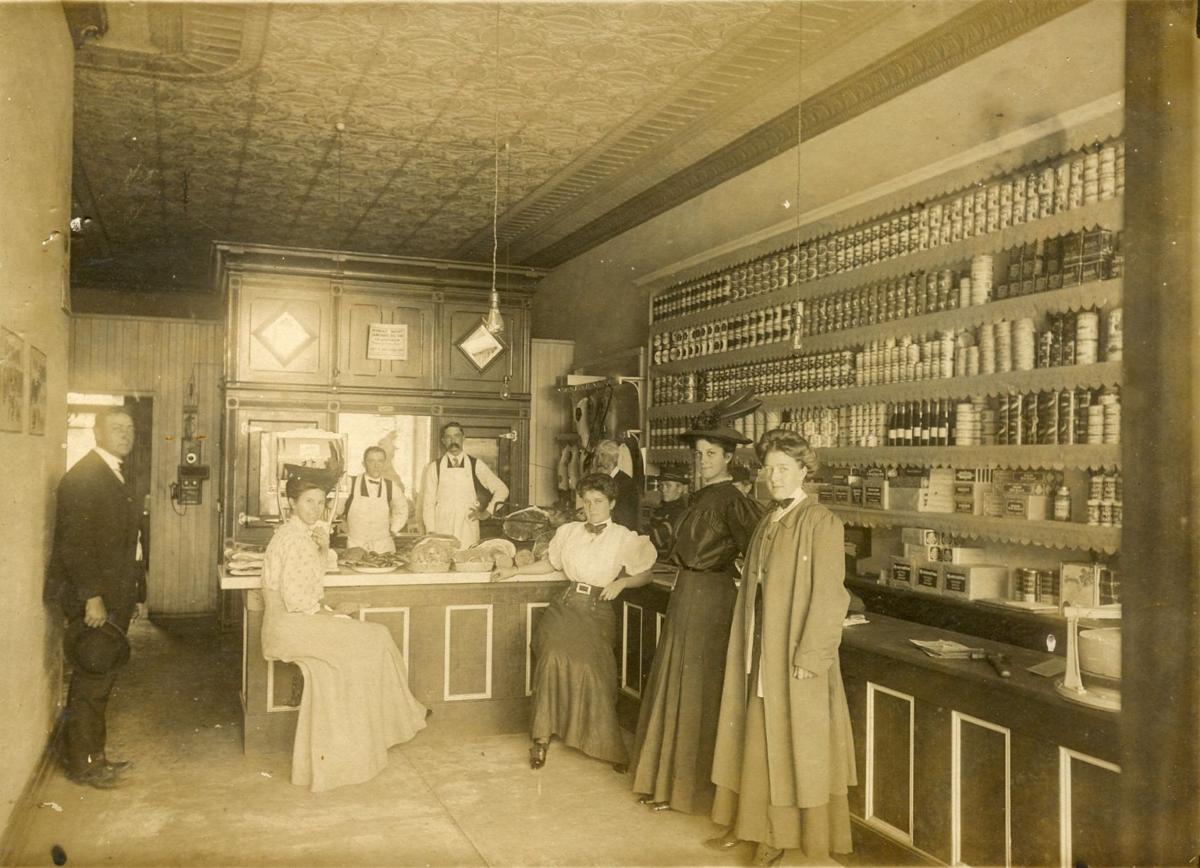 Fishing from the Railroad Pier; identified in the photograph, the man seated foreground is George Meirs, and the man standing left with fish is a Mr. Hardwick.

Williams Store on Central Ave, circa 1890.

St. Petersburg is steeped in history and tradition.

John C. Williams, formerly of Detroit; and Peter Demens, a Russian immigrant, are credited as cofounders of the city. Williams purchased the land in 1876, with hopes of forging an ambitious metropolis boasting charming parks and broad streets. In 1888, Demens selected the area as the terminus for the Orange Belt Railway, spurring early growth.

Demens had the honor of giving the city its name. In recognition of his birthplace – St. Petersburg, Russia – the budding municipality on the shores of Tampa Bay became St. Petersburg. St. Petersburg incorporated as a city in June 1903.

By 1900, businesses flourished along Central Avenue. The First National Bank was located on the corner of Central Avenue and Second Street next door to the Eagle Inn. Nearby was the Paxton House, a hotel; Foley & Fisher Real Estate; Eady's Millinery Shop; the Detroit Hotel; J.C. "Tine" Williams Jr.'s drug store and George Haines's jewelry store.

A number of significant events took place in the 1910s that helped chart the city’s course for much of the 20th century.

First, Tony Jannus flew his Benoist airplane across Tampa Bay in 23 minutes. Skimming across the surface of the bay just 50 feet in the air, the feat heralded the dawn of commercial aviation and helped connect St. Petersburg and Tampa. That same year, former St. Petersburg mayor Al Lang persuaded the owner of the St. Louis Browns to the city for spring training. In 1915, funds from Andrew Carnegie helped establish the city’s first library. Built on Mirror Lake, the branch remains in operation today.

A minor population explosion began in the 1920s as northern residents discovered Florida’s appeal as a vacation destination. Aided by the 1924 opening of the Gandy Bridge, tourists flocked to St. Petersburg. With increased revenue from the tourist trade, the city experienced a period of unprecedented growth which included the development of Snell Isle, a 275-acre subdivision envisioned by Perry Snell. Snell’s use of a Mediterranean Revival motif for his residential structures caught on and soon spread through the city. The period’s architectural style can still be seen around St. Petersburg in surviving examples such as the Vinoy Hotel on the bayfront in downtown, built in 1925; the Princess Martha on First Avenue North, built in 1924; the Snell Arcade on Central Avenue, built in 1926; and in several Spanish-style homes in the Coffee Pot Bayou and Jungle Prada neighborhoods.

The Great Depression spelled an end to the city’s first real estate boom. The bubble burst, but the city survived. Using a Public Works Administration investment, St. Petersburg City Hall opened in 1939 – just in time for another growth spurt. According to the city’s website, during World War II, the city housed a training base for World War II troops as well as a technical services training center for the Army Air Corps. More than 100,000 trainees filled every hotel in the city, swelling the population and creating a housing shortage as their families sought housing. When the war ended, many members of the military stationed here returned to live with their families or to visit as tourists.

Well into its second century, the city continues to grow while embracing its history. Place names serve as constant reminders of the past. Straub Park is named after William L. Straub, who purchased the St. Petersburg Times in 1901 and served as its editor or associate editor for 38 years. Jannus Live, an iconic concert venue, is named after aviator Tony Jannus. The city’s cofounders, Demens and Williams, both lend their names to downtown parks: Demen’s Landing Park and Williams Park.

It’s not difficult to turn back the pages and learn about the city’s fascinating past. The St. Petersburg Museum of History has been collecting, preserving and revealing the area’s history and heritage for almost 100 years. Founded in 1920 as the St. Petersburg Memorial Historical Society, the organization began amassing artifacts, natural history specimens, archival documents, photographs, papers, and “boxes of unknown treasures that were just dropped on our doorstep during the night.” According to the museum’s website, the society became incorporated in 1922 and the city provided the use of an old aquarium building, located on the same site as today’s museum, for the public display of the Museum’s collections.