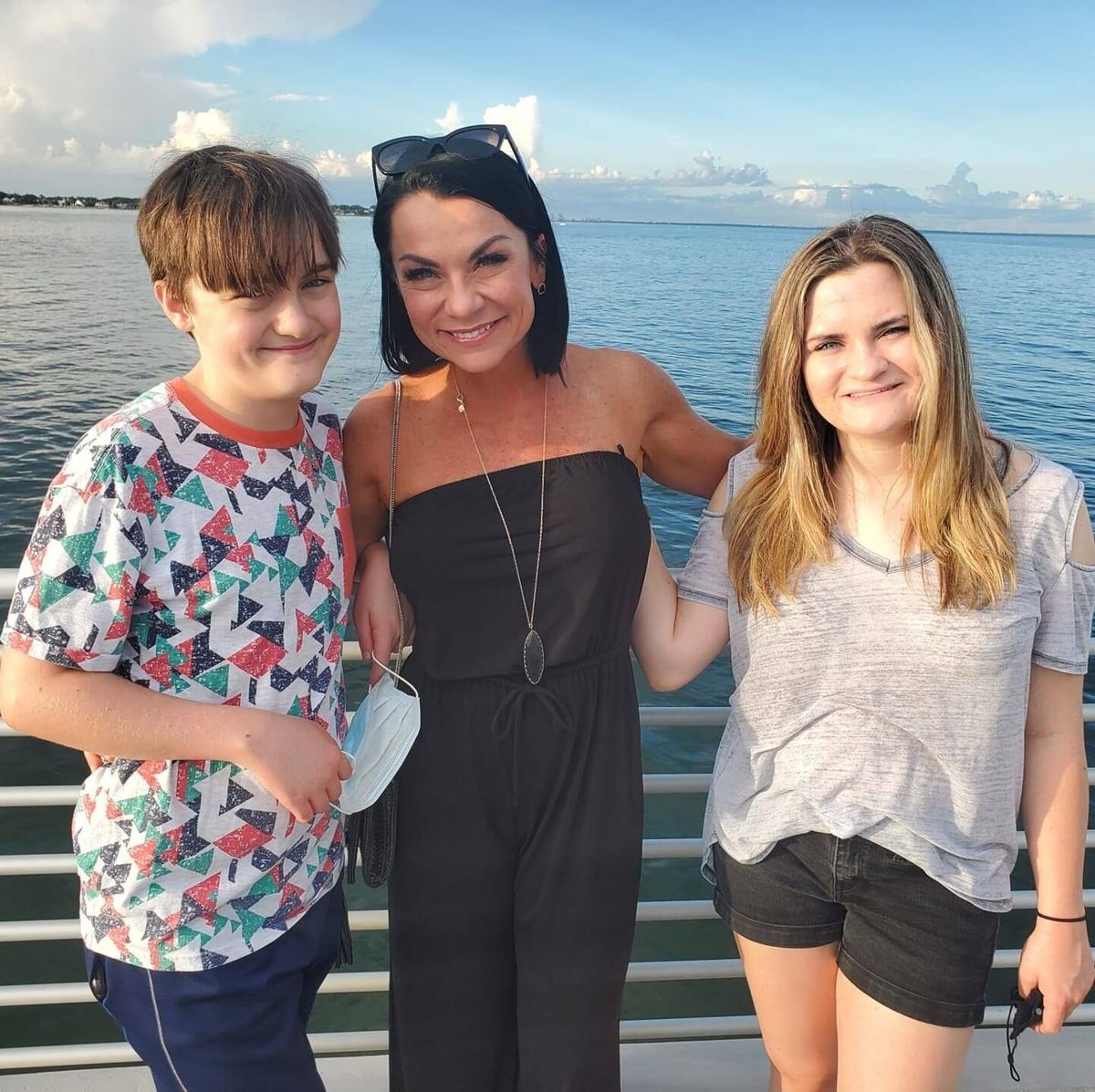 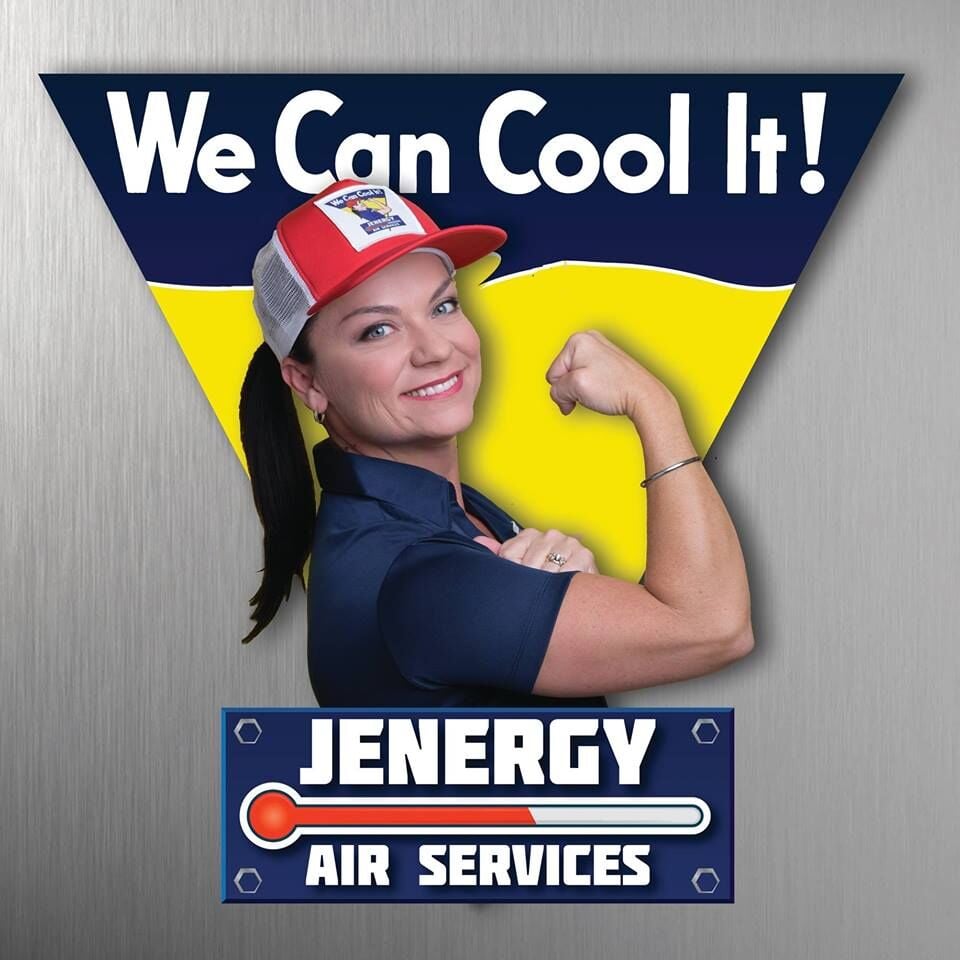 For Jennifer Reynolds, owner of Jenergy Air Services, her love of networking, connecting with people she meets and marketing has always been a breeze; it has also put her on the road to entrepreneurial business success in a few short years.

Reynolds moved from Maryland to Seminole with her family at age 4. She always wanted to be a music teacher, but her father operated an air-conditioning business, and keeping one’s cool has always been a family tradition. Her grandfather, uncle and eventually brother all have worked in the air conditioning industry both commercially and residentially.

A graduate of Osceola High School, she was attending St. Petersburg College and planning that music-teaching career when she met her husband-to-be and future business partner Joel Reynolds, who she married in 2000. Together, they have 2 children, a daughter Cierra and son Logan.

Reynolds earned the nickname Jenergy for her lively persona, while working out at Gold’s Gym as a trainer and competitive bodybuilder. She said she got into fitness training after losing 100 pounds and competed in her first bodybuilding competition in 2008, only 6 months after giving birth to her first child. She participated in a second competition when turning 40; it made her feel strong and confident. Today, while not having time to devote to bodybuilding, she is still into fitness and tries to work out regularly.

All in the family

For both Jen and Joel, air conditioning has been a family tradition. According to the company’s website, Joel wanted to follow in his father’s footsteps and started repairing and installing AC systems at the young age of 14.

She recalled it was her husband’s father, Wayne, who first gave her an office job in his air conditioning company, and eventually got her interested in sales and marketing the air conditioning business.

Rather than just sitting in the office and waiting for customers to call, she got out and began to network and market the business, and sales skyrocketed.

Even now that she owns her own air conditioning business, her love is getting out into the community, volunteering and networking with different groups. She even reaches out to educate people about the importance of AC and how you can fix minor problems yourself, to prevent large future repairs.

Jen said while marketing she learned the importance, but also the fun, of networking and connecting with people, which in turn builds sales and your reputation. You have to get out there and talk to different groups, so people get to know and trust you, she advised.

Having grown up in the area also greatly helped her build a marketing base, because she already knew dozens of people. “To be successful, you have to enjoy your job, and if it’s in sales and marketing you have to enjoy meeting and talking to people,” she said.

Starting Jenergy Air Services with her husband and two employees in September 2015, her company now has 12 employees, eight trucks, and its own operations center at 1255 Starkey Road, north of Ulmerton and across from Acropol Restaurant. They have two instillation teams so the business can handle more than one major job at a time.

She said people know she is watching out for them, since it’s her name and face that’s on all those trucks. “We provide craftsman-level installation, repairs and preventative maintenance service,” the company says.

The Covid pandemic quarantine was actually a boost for her business, because people found themselves working from or being at home and needing air conditioning repair and replacement, she said.

In response to the COVID crisis, Jenergy partnered with Mitsubishi Electric Heating and Air Conditioning on a rebate program called “Comfort for Heroes” to give military, first responders, and educators “the comfort they deserve.”

It runs through Sept. 30. The rebate includes 10% off the total invoice up to $1,500 for HVAC equipment and installation.

Last year, Reynolds was elected president of Seminole Rotary and this year she became president of the Seminole Area Chamber of Commerce. She said she is proud to have started the Seminole Happening Facebook page, where businesses can get their message out to the community.

The motto on her Facebook page, another key to her marketing success, says “feisty, fun and energetic, everyone loves a little Jenergy.”

While her husband and all her technicians are seasoned, trained and licensed, and she has devoted herself to sales and marketing, Jennifer said she is working toward getting her air conditioning contractor’s HVAC license to be more involved with the technical aspects of the business.

She said she never believed she would come this far by now. While she never pursued her career in music, she is proud that her daughter Cierra studied at Gibbs High School Center for the Arts and plans to attend Florida Southern College in the fall studying music. On April 12, Cierra sang the national anthem at a Tampa Bay Rays game.