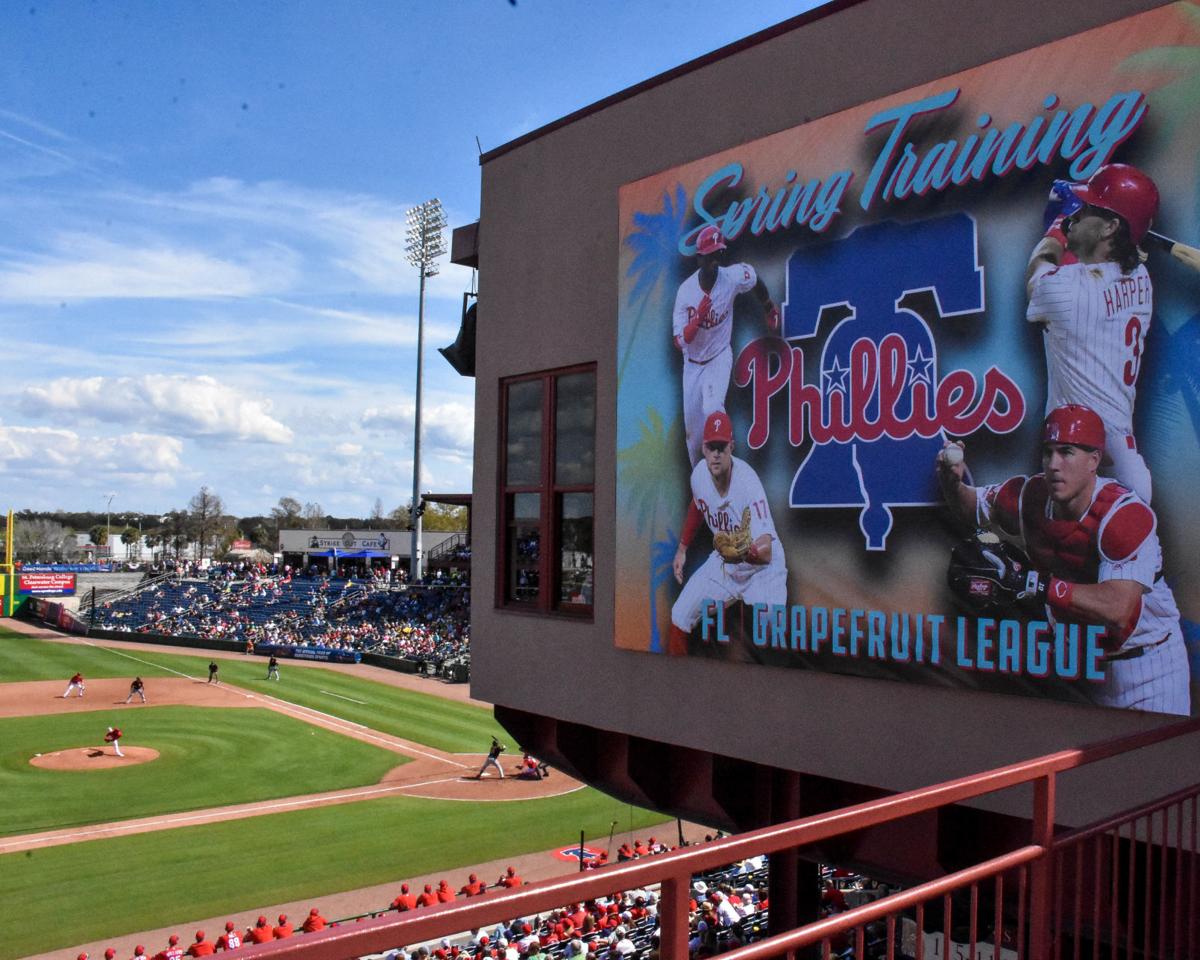 The Philadelphia Phillies kicked off their 2020 Grapefruit League home campaign Feb. 23. It appears it ended March 12 after MLB announced an end to spring training as a result of the coronavirus pandemic. 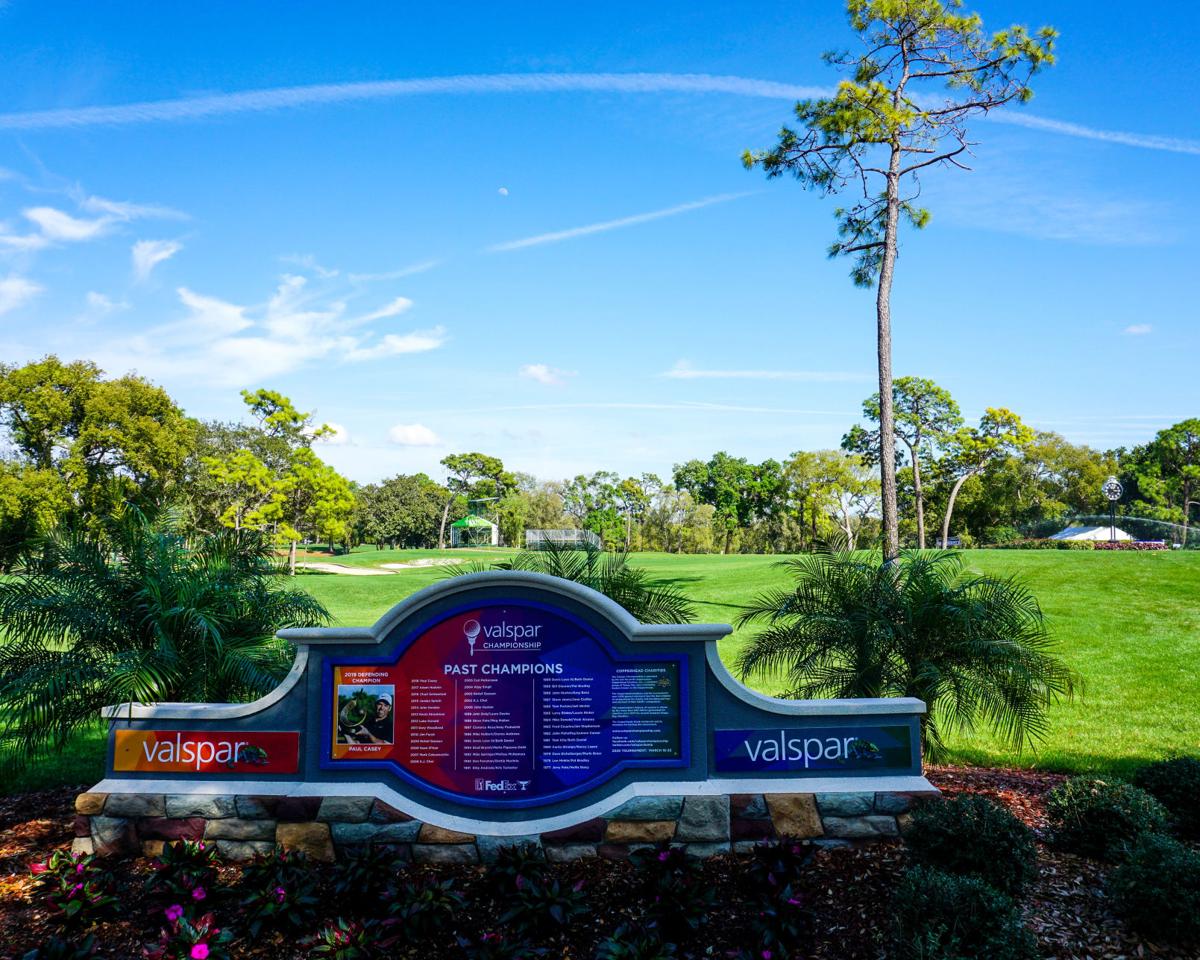 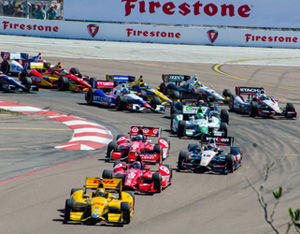 Indycars race around the track during the 2014 Firestone Grand Prix in downtown St. Petersburg.

The coronavirus pandemic brought a halt to the sports world March 12-13, as organizations one by one began postponing and canceling events and entire seasons across the country, including the NBA season and NCAA basketball tournament.

Pinellas County took a big hit as well as spring training, the Valspar Championship and the Grand Prix of St. Petersburg were all canceled.

CLEARWATER — The 2020 Major League Baseball season came to a sudden halt March 12, as officials announced the cancellation of all remaining spring training games and the delay of Opening Day in the wake of the COVID-19, or coronavirus, outbreak.

According to a press release from Commissioner Rob Manfred on March 12, “MLB has decided to suspend Spring Training games and to delay the start of the 2020 regular season by at least two weeks due to the national emergency created by the coronavirus pandemic. This action is being taken in the interests of the safety and well-being of our players, Clubs and our millions of loyal fans.”

Over at Spectrum Field in Clearwater, where the Philadelphia Phillies were about halfway through the 2020 Grapefruit League season, team officials were unsure about what the next steps would be.

“We’ll know more and have more posted at the team level in the morning,” a spokesperson said a few hours after the news broke on Thursday afternoon. “For tonight, we’re letting MLB and MiLB decide things.”

Minor League Baseball also released a statement announcing a delay to the start of the 2020 season.

“In light of the coronavirus outbreak, and after consultation with medical professionals and our partners at Major League Baseball, Minor League Baseball will delay the start of the 2020 Championship Season,” the statement read. “We will continue to monitor the developments and will announce additional information about the 2020 season at a later date.”

The Phillies’ Single A team, the Clearwater Threshers, was set to kick off its 2020 Florida State League campaign with a game against the Dunedin Blue Jays at Spectrum Field on Thursday, April 9.

Now, that date is off the table, and it's uncertain when play will resume.

PALM HARBOR - The PGA Tour announced late Thursday night that, in the wake of the coronavirus pandemic, it would be canceling all of its events in the coming weeks, including the Valspar Championship in Palm Harbor next weekend.

“The last 48 hours have been a whirlwind,” Tournament Director Tracy West said in a press release. “While we understand and support the Tour’s decision and have safety as our utmost priority, we still are gutted for our fans, volunteers and community. So much work by so many people goes into staging a tournament. We had a fantastic field with four of the top eight players in the world going up against our two-time champion Paul Casey and so many other top players. Ticket sales were strong, we had two great acts for our Saturday Valspar LIVE concert in Chris Young and Big & Rich, the weather report looks great. So we do have regrets about a lost opportunity.”

Despite the loss of revenue, West went on to say that the future still looks bright for the tournament at Innisbrook Golf Resort.

“Valspar’s title sponsorship is rock solid through 2025 and we are excited about the potential for an even better tournament next year.”

There will be a full refund for all purchasers of individual tickets. Individually purchased tickets/parking via Ticketmaster will be refunded automatically in the next 7-10 business days. Those who purchased their tickets at a Publix must return to the store before March 31 with their ticket to get a refund. For tickets purchased at Hooters Restaurants, take the tickets with the receipt to the Hooters restaurant where they were originally purchased and they will be refunded via your original method of payment.

About noon March 12, the PGA said the tournament would continue, but without spectators.

The Palm Harbor resort’s Copperhead Course was prepared to be the center of the golf universe from March 19-22, with two-time defending champion Paul Casey and top-five players Justin Thomas, Dustin Johnson and Brooks Koepka among the tour stars on hand. Related events were to begin March 15.

Over the past several years, the Valspar Championship has seen record growth in television ratings, gate attendance, sponsorship commitments and strength of field.

IndyCar announced March 13 that the Grand Prix of St. Petersburg has been canceled.

"After careful consideration, including regular communication with our event promoters, health officials, and the city administrations in our respective race markets regarding COVID-19, we have made the decision to cancel all NTT IndyCar Series events through April,” a statement from IndyCar said. “This begins with the Firestone Grand Prix of St. Petersburg, which was to begin today and run through Sunday, March 15, and continues through the AutoNation IndyCar Challenge at Circuit of the Americas in Austin, Texas, which was to take place April 24-26”

The fate of the race was in limbo March 12 as the nation worked to limit the spread of COVID-19.

In a statement released March 11, St. Petersburg Mayor Rick Kriseman announced that general attendance for the event has been canceled, meaning that spectators for the race would not be allowed.

The Firestone Grand Prix of St. Petersburg will remain as a key event on the NTT IndyCar Series schedule through at least 2024. The St. Petersburg City Council unanimously approved a four-year extension to the existing agreement with Green Savoree St. Petersburg, LLC last summer.

“The Firestone Grand Prix has a home in the Sunshine City. I am so pleased to have this cornerstone event of the NTT IndyCar Series dedicated to St. Petersburg for the next five years,” said Kriseman.

The spring break racing tradition has been the season-opening event on IndyCar’s annual calendar for the past nine years of its 15-year history. The race brings worldwide exposure and spectators from across the globe to the Tampa Bay area.

Kriseman acknowledged canceling the race would be a blow to the city.

"I strongly believe life must carry on, as best we are able," Kriseman said. "But the reality now is that's just not possible. I am disappointed. I love this race. But I love this city and our residents more."