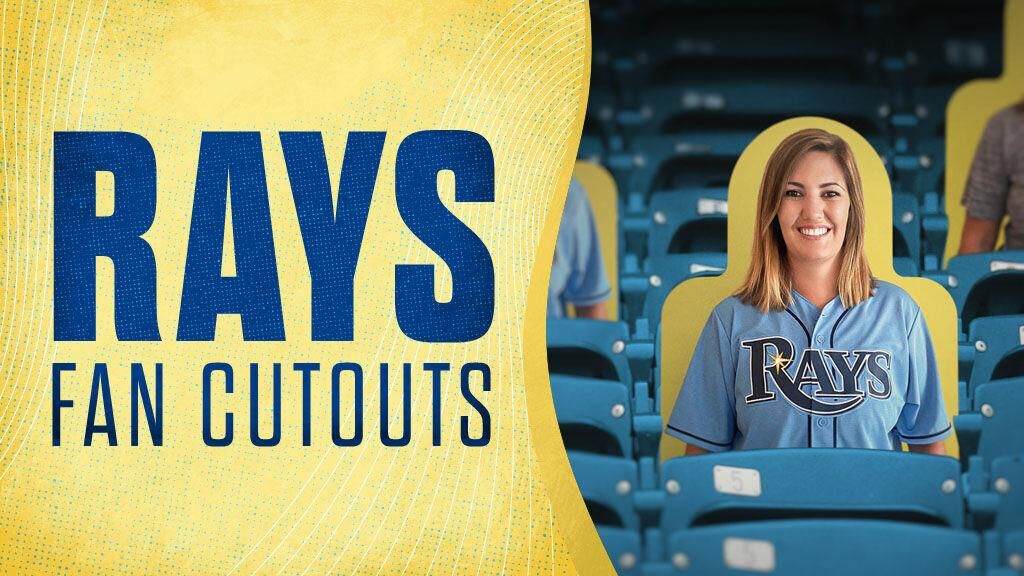 Tampa Bay Rays fans can purchase cutouts with their images on them that will be placed in the stands at Tropicana Field during for the 2020 season. 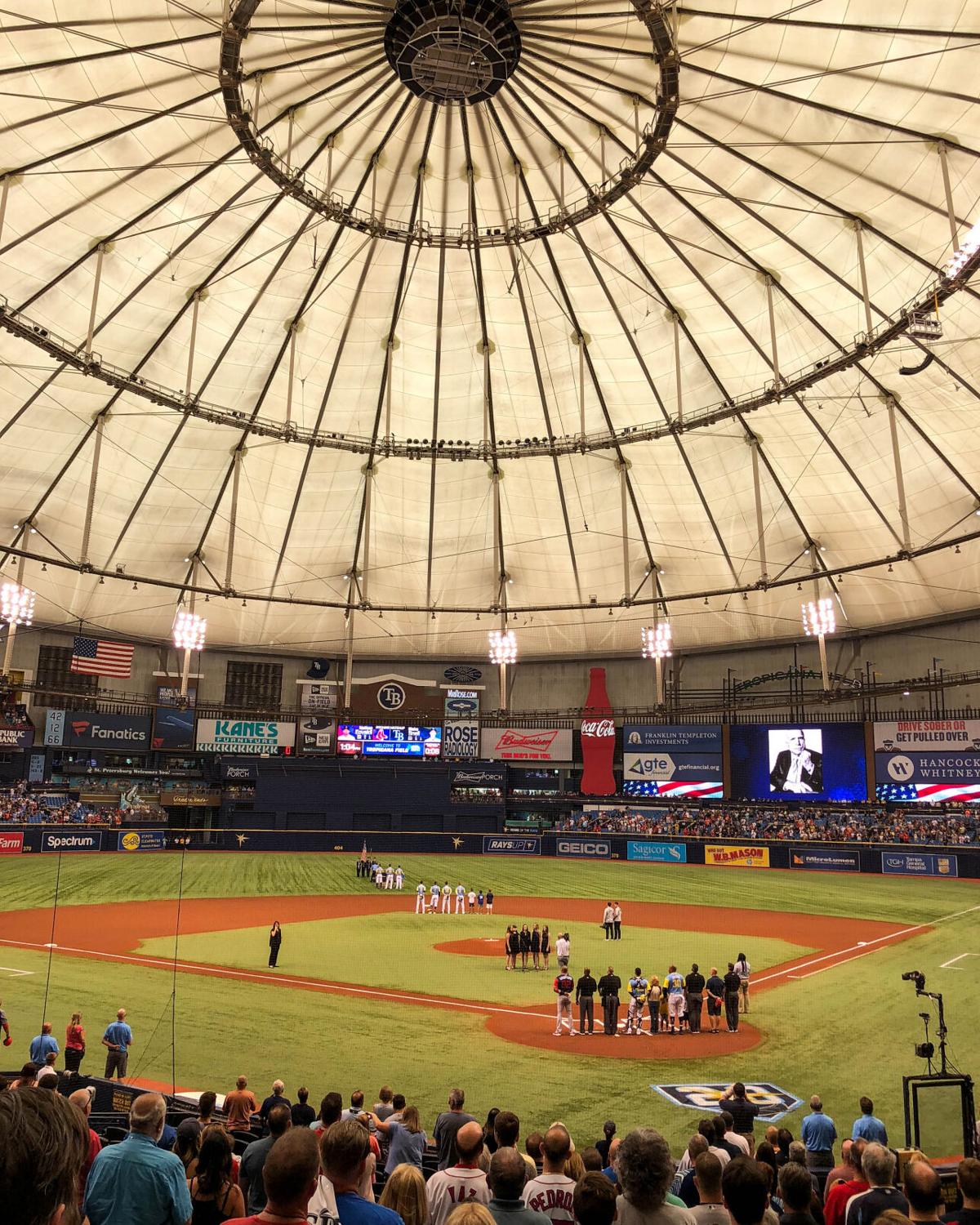 Tropicana Field will have a very different look for Tampa Bay Rays games this season as fans are currently not allowed in the stadium due to the coronavirus pandemic. The team has offered carboard cutouts of fans faces as well as other virtual offers to help enhance the fan experience this season. 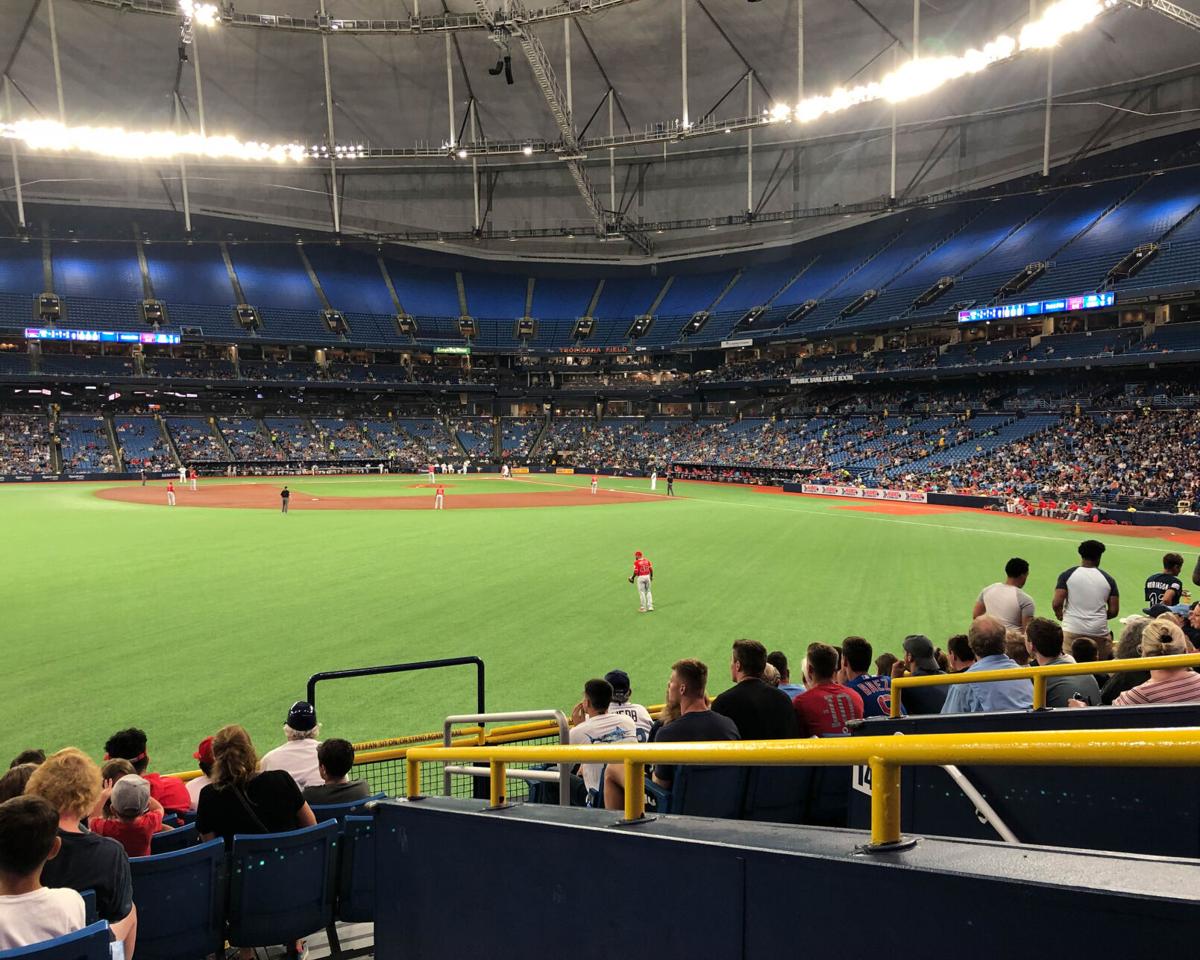 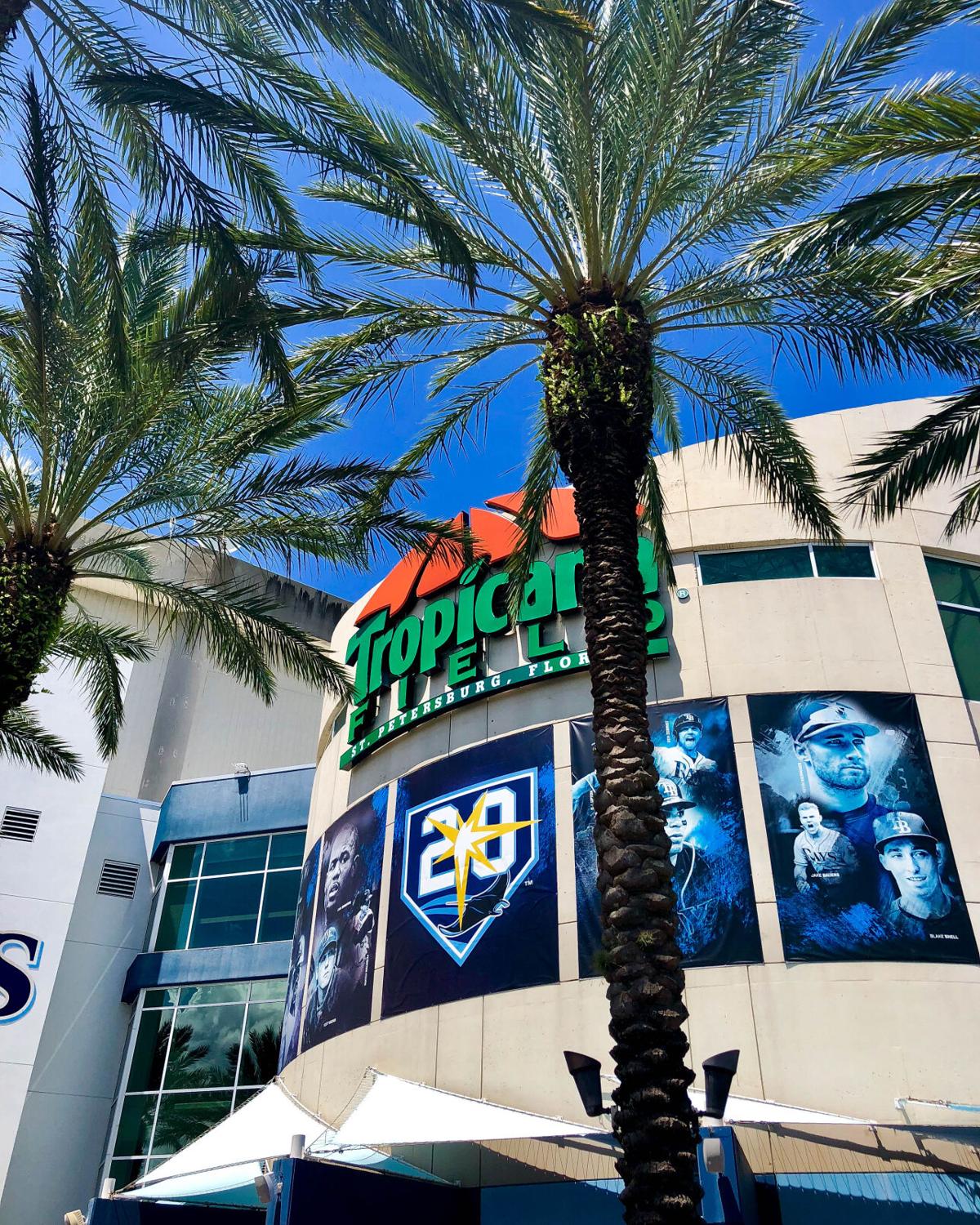 Tampa Bay Rays fans can purchase cutouts with their images on them that will be placed in the stands at Tropicana Field during for the 2020 season.

Tropicana Field will have a very different look for Tampa Bay Rays games this season as fans are currently not allowed in the stadium due to the coronavirus pandemic. The team has offered carboard cutouts of fans faces as well as other virtual offers to help enhance the fan experience this season.

ST. PETERSBURG — Major League Baseball returned to action last week following a four-month layoff because of the coronavirus crisis, but there was a decidedly different look and feel to the sport known as America’s pastime.

Due to social distancing and mass-gathering guidelines enacted in the wake of the COVID-19 outbreak, 2020 MLB games are being played in empty stadiums with many, including Tropicana Field in St. Petersburg, featuring cutouts of fans’ faces occupying the seats instead of actual fans and artificial crowd noise pumped through the sound system to simulate real attendance.

“We’re excited to offer this opportunity to our fans during this extraordinary point in history,” Rays Vice President of Marketing and Creative Services Eric Weisberg said in a press release announcing the cutouts, which are in the general admission section of the stadium and are available for a limited time at raysbaseball.com/fancutouts at a cost of $40 for season ticket holders and $60 for other fans.

“This is a way for our fans to feel like they are part of the action at Tropicana Field, and at the end of the season, they will get to take home a game-used souvenir.”

The Rays have also come up with additional virtual fan experiences that involve sending in video submissions, and while some baseball fans are OK with the decision to make the mostly empty stadiums feel livelier during the pandemic, others are not on board with the “fake” fan idea.

“The cutouts actually make me a bit sad as they say a lot about where we're at right now,” said Eileen Bartley, a Largo resident who typically attends Opening Day with a large group of coworkers. “I do not like this new normal. I want to sit in the stands with a hotdog and a beer and yell and cheer and do the wave with the other fans!”

That sentiment was shared by St. Petersburg-based salesman Scott Epstein, a self-proclaimed diehard Rays fan who has watched the team play in places like Minnesota and Texas in recent years while traveling for work.

“It’s very weird to watch a game with no fans in the stands,” Epstein said by phone from Wisconsin, where he’d been watching the Rays preseason games online while visiting a sick relative. “It’s still baseball, and they’re out there for a reason. But I’m a baseball purist so it’s going to be weird seeing that and the other changes they’ve implemented this year.”

Indeed, some changes that may rankle baseball purists include placing a runner on second base to start extra innings, the elimination of managers handing out lineup cards at home plate to start the game and the use of a designated hitter in both leagues for the first time in MLB history.

But, according to one longtime area journalist and current fan host at the Trop, the league is doing the best job it can to make the game experience more enjoyable for fans and players during this unusual time.

“I think the piped in fan noise is probably a good idea because it would be an even worse experience for the players and the fans watching on TV,” said Bob McClure, a former editor for Tampa Bay Newspapers who’s been a Rays fan host for the past two seasons. “Also, I think the fan cutout proposal is being very well accepted. A few people I know have invested in that and I think it will give the stadiums a better look and I’m in favor of anything they can do to enhance that aspect of the games.”

McClure, who retired from journalism a few years ago and was eager to start his third season as fan host, said he’s holding out hope he will be able to return to his part-time gig later this season.

“That would be great, to be able to return in October for the playoffs,” he said. “That’s the one great perk of the job, to interact with the fans, and I miss it.”

Asked if the prospect of returning to the Trop this season would put a big smile on his face, McClure replied, “It depends if we have to wear masks or not! But we’ll have to play it out day by day and see what happens. I think it’s something that has to be done to protect the players and the fans, and I think they (Major League Baseball) have done a good job with it.”